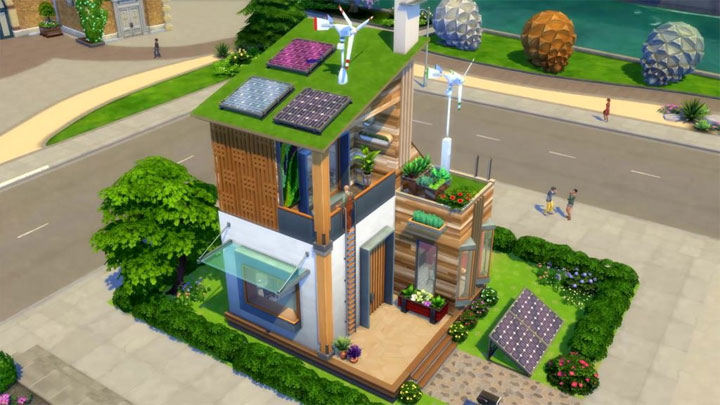 The patch will be released simultaneously with The Sims 4: Eco Lifestyle expansion.

Last week, another expansion for Maxis' hit game was announced - The Sims 4: Eco Lifestyle. Inquisitive fans analysed the first trailer and spotted ladders on it. This is an element that has long been requested by the game's community, so its appearance in the trailer aroused great excitement. Now it turned out that we won't have to buy the expansion to take advantage of this novelty.

The ladders will be introduced to The Sims 4 for free, through an update that will be released simultaneously with Eco Lifestyle. We will be able to use them both outside and inside the houses. In addition to the standard version of this item category, an additional model is to be available, which we will only find in the expansion.

The expansion will be aimed at PC, Xbox One and PlayStation 4 and will debut on June 5, this year, simultaneously on all three hardware platforms.

Let us recall that the basic version of The Sims 4 was released in 2014 on PC. The owners of Xbox One and PlayStation 4 had to wait three years for their respective releases. The game is currently enjoying record popularity. Electronic Arts, the publisher of the series, boasted in January this year that the gaming community of the fourth installment of the series exceeded 20 million people. No wonder that the devs have ambitious plans for further development of the game.

Guerrilla Collective Shapes Up to be an Indie Game Fiesta