A good movie always starts with an earthquake - at least that's what Alfred Hitchcock believed. This advice was taken to heart by the creators of the series The Witcher, or at least that's what we can deduce from an excerpt from the script of the show's second season, made available by Netflix on social media .

The first scene takes place at night, on the trail and features Geralt and a family of traders, who are torn apart by a mysterious monster. Our title monster hunter will therefore have to face a pretty big opponent at the very start. You will find a detailed description of the events below: 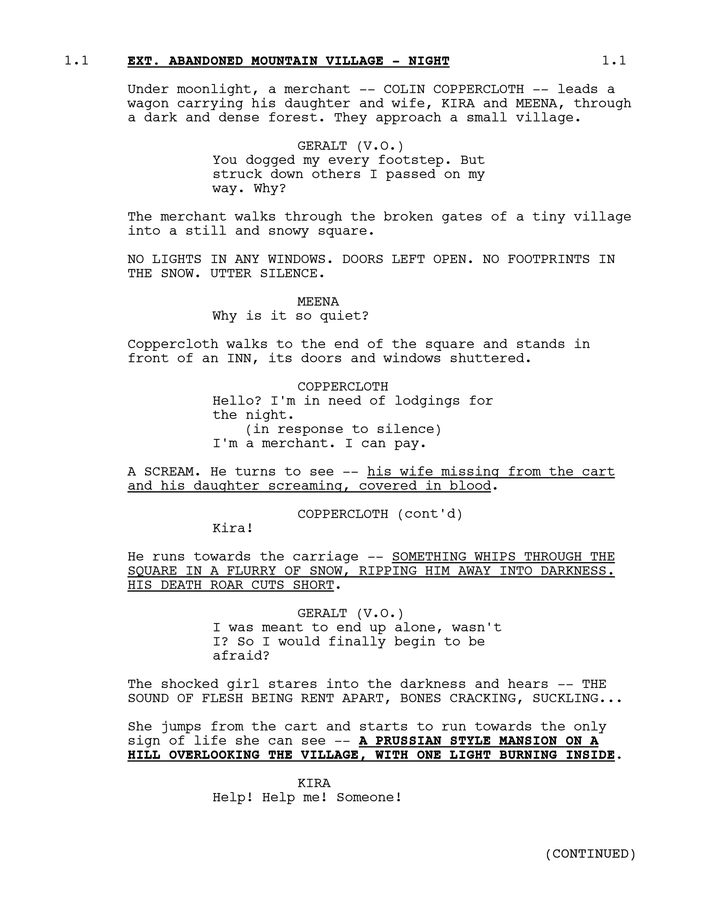 We will probably watch the next season of The Witcher in the second half of 2021, if there are no major delays. The main roles will be played by Henry Cavill, Anya Chalotra and Freya Allan.