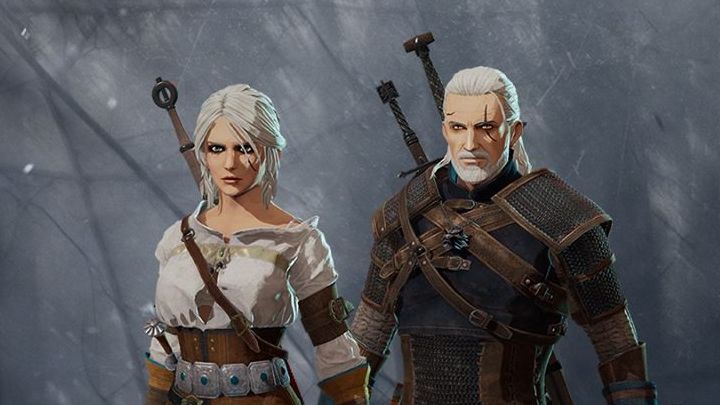 The Witcher appears in another game.

Today, Daemon X Machina on Nintendo Switch has received new content related to... The Witcher. The creators have prepared a set of skins, outfits, hairstyles and other cosmetic items, thanks to which we can model our hero or heroine after Geralt or Ciri. The DLC can be downloaded completely free of charge from Nintendo eShop. The information about the expansion appeared on the facebook profile of The Witcher series.

Daemon X Machina is the work of First Studio. The game takes place in a post-apocalyptic universe in which the Earth was destroyed after half of the Moon fell on it. As a result of the catastrophe, a new element with miraculous properties appeared on the planet. The survivors started to fight for the unusual substance. The most important role in these battles is played by the pilots of powered combat armors.

The appearance of the witcher in First Studio's work can be linked to the success of The Witcher 3: Wild Hunt on the mobile console of the Japanese company. CD Projekt RED's game debuted on Nintendo Switch in October this year. The creators of the port, developers from Saber Interactive, had to compromise on some points, but the final effect of their work is still very impressive. It is worth noting that this is not the first trip to another world Geralt of Rivia has taken part in. He has never visited a universe as futuristic as the one with Daemon X Machina before, but has hunted monsters in Monster Hunter: World and fought epic duels in Soulcalibur VI.

Daemon X Machina launched on September 13, 2019 and is available only on Nintendo Switch.