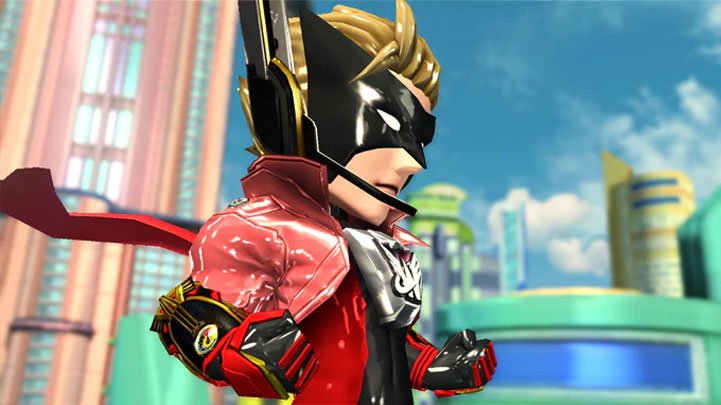 Remaster of The Wonderful 101 will be released in April this year.

Yesterday, the Japanese studio PlatinumGames, known from Nier: Automata, launched a website announcing four new projects. Initially, the developer didn't tell us what games were involved, but we didn't have to wait long for the details. Soon afterwards, the team launched a kickstarter fundraiser for The Wonderful 101: Remastered, a refreshed version of a great 2013 title that was released exclusively on Nintendo WiiU.

The minimum target, set at 49 thousand dollars, was reached in a few dozen minutes. At the time of writing this message, the counter on the website has exceeded one million dollars, and there are still 31 days left. As a result, in addition to the planned version for Nintendo Switch The Wonderful 101: Remastered will also be released on PC and PlayStation 4, and possibly even on Xbox One.

The release is scheduled for April this year. The fundraiser has several stretch goals which will result in additional content. It will be released as a DLC, but those who support the kickstarter will receive these extras for free. After exceeding one million dollars, which already happened, The Wonderful 101: Remastered will be enriched with Time Attack mode, and raising 1.5 million dollars will result in Luka's First Mission mini-campaign telling the story of a new character.

Hideki Kamiya from PlatinumGames is famous for his sharp tongue and a specific sense of humour. Those who support the game on Kickstarter can receive a message from him on Twitter and then be blocked forever by this developer.

Fortunately, this "prize" is optional.

It is worth mentioning that PlatinumGames also announced a PC edition of Daemon X Machina, an action game that debuted last year on Nintendo Switch. The port will be released on February 13 this year. On Steam, you can currently buy the game for $48. This is a special price, reduced by 20% - after the launch it will be raised to $60.

The PC version of Daemon X Machina did not appear on the aforementioned website teasing four new projects, so probably in the near future PlatinumGames will announce three more productions.