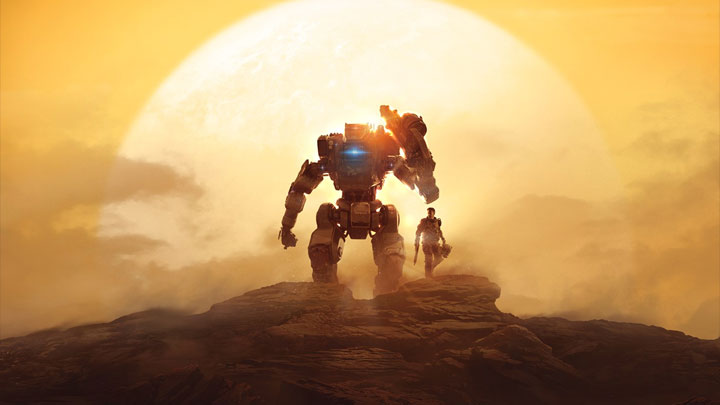 The Steam launch has breathed new life into Titanfall 2.

Valve released a new list of best-selling game on Steam last week (based on the revenue). Especially noteworthy is the success of Titanfall 2, wtaking the number nine spot, which is a great achievement, as the title will celebrate its fourth birthday in October this year. The game only appeared on Steam four days ago and currently costs less than $10, so making its way into the top ten is an impressive success.

It's worth noting that the release on Steam has breathed new life into the game's multiplayer mode. Yesterday, at the hottest moment of the day, more than nine thousand people were playing Titanfall 2 on Steam alone.

Titanfall 2 won't be beating records anymore, but it's popular enough on Steam that there shouldn't be any problems with finding people willing to play. (Source: Steam Charts).

We hope that the game's renaissance triggered by Steam debut will last longer, as it is one of the best shooters in recent years. In 2016, its chances for market success were seriously hampered by the distastrous choice of release date. Titanfall 2 was released a week after Battlefield 1and seven days before Call of Duty: Infinity Warfare.

Steam's biggest bestsellers of the past week

At the top of the list we have the Valve Index VR Kit. The second place was taken by Persona 4 Golden. The PC port of this classic jRPG from Atlus proved to be a real hit. Already a week before, after less than two days of sales, it took fourth place in the list. The success of the game is all the more impressive, as Steam bestseller lists are created according to revenue, and this title costs around $20 (depending on the edition).

Sea of Thieves is still selling well, and it was ranked third on the list. In fourth place was the first debut in the form of Hardspace: Shipbreaker, a game that enables us to play the role of an interstellar scrapper.

The first five closes with Detroit: Become Human. The PC version of the adventure game was released on Epic Games Store last year, and was not released on Valve's website until June 18. This is another example confirming that a large group of players prefer to wait until the games hit Steam.

We have the same situation with other items from the list. Last week Titanfall 2 and Outer Wilds debuted on Valve's website, previously being available on Origin and Epic Games Store respectively. The same is true for Sea of Thieves and Satisfactory, which also ended long exclusivity periods on other platforms only a few weeks ago.

Chrome Will Use Less RAM on Windows 10