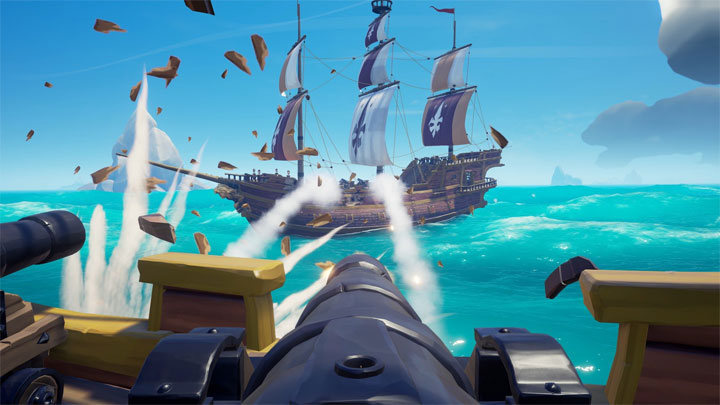 Sea of Thieves has sunk the competition on Steam for the second week in a row.

Valve released a list of last week's best-selling Steam games, according to their generated revenue. The list was opened by Sea of Thieves. The game was released two years ago, but until recently the PC version was available only through Microsoft Store.

The game's Steam debut took place on June 3 this year and proved to be a great success. The game was also on top of Valve's previous bestseller list. The game's popularity is also well proven by the fact that yesterday Sea of Thieves set a new activity record on Steam with 62 992 players.

The start of pre-orders for the Beyond Light add-on for Destiny 2 was also a success, as the Deluxe version of the expansion took second place in the list. The DLC will not debut until September 22, but the pre-order already provides access to various bonuses, so a sales success is not surprising here.

Two more items are also worth noting. Satisfactory took the third place. The project had been very successful as an exclusive on Epic Games Store, but as we can see, many people were waiting for its debut on Steam, which took place on June 8 this year.

Sega and Atlus also have reasons to be satisfied. Person 4 Golden's PC conversion turned out to be a hit, ranking fourth last week, which is all the more impressive as the project made its debut on Steam only on Saturday night. What's more, the title is relatively cheap (from $19.99 to $24.99, depending on the edition), and it should be remembered that the spot on the list depends on revenue, not the number of sold copies.

Yesterday, at the hottest moment of the day, 29,984 people were simultaneously playing the PC edition of Persona 4. This is the highest ever result in the category of single-player jRPGs. The previous leader was Final Fantasy XV with an activity record of 29 279 simultaneous users.

Steam's top bestsellers in the past week

Analysts: PS5 Sales Will be Much Better Than Those of Xbox Series X

Not Only Xbox Series X - Microsoft May Have More Consoles Ready