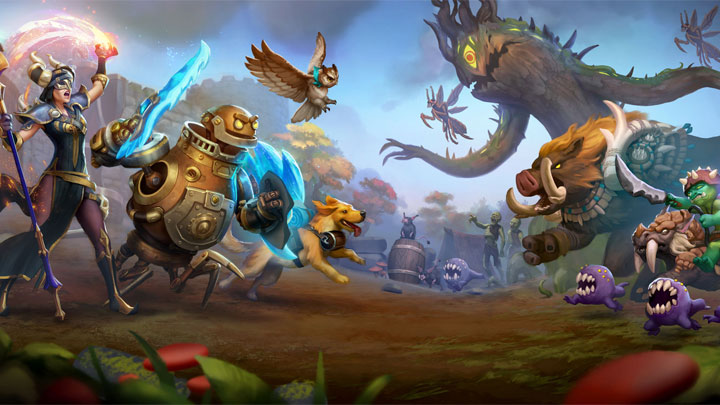 For the time being, the developers are not yet ready to give the exact release date of the game.

We learned the hardware requirements of Torchlight III, the third part of the popular hack'n'slash RPG series. They were published on the game's profile on Steam. Unfortunately, only the minimum configuration has been given for the time being, so we still don't know what kind of PC will be needed to squeeze out everything it has to offer.

For modern standards, the minimum requirements are modest. However, this is not a special surprise, as this series has always worked well on weaker configurations.

Until recently, fans had mixed feelings about the next part of the franchise. Originally, it was supposed to be based on a free model with microtransactions and offer a strongly modified gameplay structure. To reflect these differences, the project was called Torchlight Frontiers.

However, after long deliberations and many consultations with fans, it was decided that this is not the way to go. The project was transformed into a classic sequel. The title was changed to Torchlight 3 and the freemium model was abandoned. In addition, there have been significant modifications to the gameplay structure, thanks to which it will be divided into traditional acts, and most instances will be private by default.

From the old ideas only a more elaborate online aspect has remained. In the cities we will meet many players who may be recruited to our party. However, for those who prefer to play solo, there will also be an offline mode, although it requires a separate character.

Last but not least, Torchlight 3 is coming to PC, Xbox One and PlayStation 4, and will make its debut this year, first on PC and then on consoles.