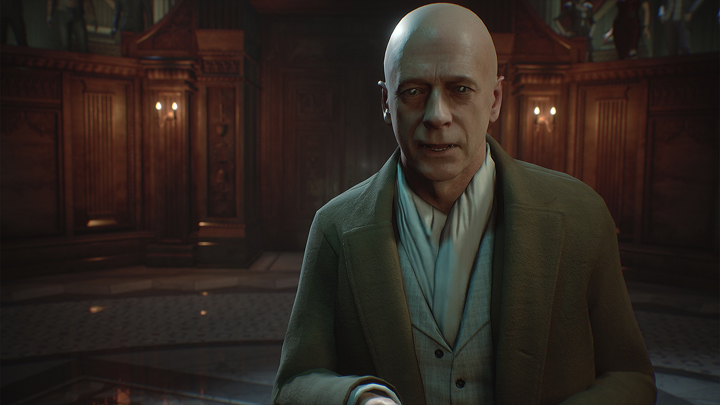 The game will launch in 2020.
VAMPIRE: THE MASQUERADE - BLOODLINES 2 IN A NUTSHELL:

Epic Games has been so eager to raise money recently that the first question asked by PC gamers after each new announcement is "But can I get it someplace other than Epic Games Store?". It was no different in the case of Vampire: The Masquerade - Bloodlines 2, which was announced last week. Fortunately, the developers had nothing but good news.

The devs have informed, via the game's official twitter account, that in case of their game there will be no exclusivity deal. The PC version of Vampire: The Masquerade - Bloodlines 2 will be released simultaneously on Steam, GOG, Epic Games Store and Paradox Store.

The fans should also be delighted with the news that the main composer for the sequel is Rik Schaffer, the artist who was responsible for the soundtrack in Vampire: The Masquerade - Bloodlines. In addition, the creator revealed that in November the soundtrack of the first part will be available for sale on iTunes.

Let's remind that Vampire: The Masquerade - Bloodlines 2 is coming to PC, Xbox One and PlayStation 4. The release is scheduled for next year. The game will offer mod support, and will be expanded with paid DLCs after the launch. So far, two smaller DLCs and one major expansion have been confirmed. PC version of the game will support ray tracing and DLSS technologies.

The project is being developed by Hardsuit Labs studio, the team known from the shooter Blacklight Retribution. The developers emphasize that the game will be a thouroughbred RPG. Brian Mitsoda, the scriptwriter of the first installment, will retain his role in th sequek.