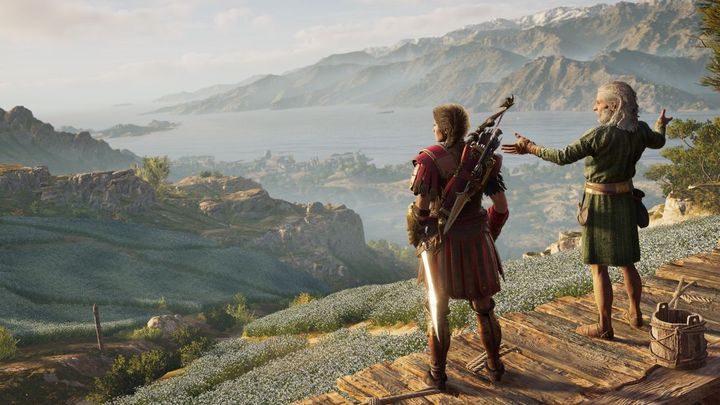 The evolution of Assassin's Creed series.

An interesting video appeared on Youtube channel EvolGam, showing the evolution of Assassin's Creed, the famous action adventure game series from Ubisoft. The material was recorded in 4K and presents all titles from the series released between 2007 and 2018, excluding games dedicated to mobile devices and portable consoles (e.g. Assassin's Creed III: Liberation or games belonging to the AC Chronicles sub-series). You will find the video below.

The most obvious changes occurred in the visual field. A lot has changed since we had the opportunity to take part in Altair's adventure, and the most impressive is probably the jump made in Assassin's Creed: Unity. Compared to the latest games, the first installment of the series looks more like a mobile title than a full-fledged AAA game. It is also worth noting, the changes that have taken place in the game: current combat system looks completely different and the games have significantly more RPG elements (such as special abilities or numbers depicting inflicted damage).

The latest title in the Assassin's Creed series is AC: Odyssey, which appeared on the market in October 2018. There are regular rumors and reports in the industry media about the next installment, which may or may not take place in the era of Viking conquests of the British Isles. The new installment of the series is slated for release in 2020.