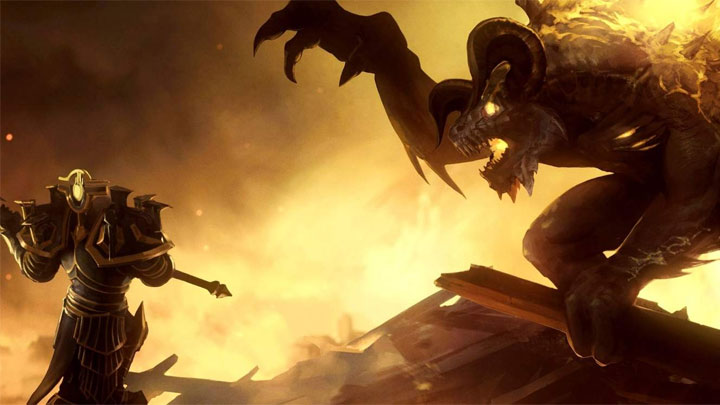 Wolcen: Lords of Mayhem is selling like hot cakes.
The success of Wolcen in numbers:

Last Thursday, the full version of Wolcen: Lords of Mayhem was released. We now know that the game has been a great success. According to Steam Charts yesterday, at the hottest moment of the day, 127.5 thousand players were playing this action RPG at the same time.

An early version of the gamewas released in March 2016, but up to this point the game could only dream of similar results. Before the full release, the record was 1.9 thousand players and was set in March last year.

For comparison, the record of the PC version of Path of Exile on Steam is 123.4 thousand people playing at the same time, and let's remember it's a freemium title. At the time of writing this message, Wolcen: Lords of Mayhem is among the ten most popular games on Valve's service.

The creators have not yet revealed the sales results of Wolcen: Lords of Mayhem. We only have estimates from the paid version of Steam Spy, according to which the game was purchased by 870 thousand players. Last week it was the best-selling game on Steam.

Wolcen's success is all the more impressive because the launch was not without serious problems. The popularity of the game surprised the creators, who were not prepared for such a large number of players. Connection difficulties quickly began, and the release of a small patch only made things worse and led to many issues. As a result, the developers had to shut down the servers for 30 hours, thus cutting users off from the online mode. Now that they've been reactivated, the characters have been reverted to the state before the update.

Let's remember that, Wolcen: Lords of Mayhem is only available on PC. The development of the game was possible thanks to the generosity of the players who supported the devs with 406 thousand dollars in 2015 during the collection on Kickstarter. At that time, the project was called Umbra.