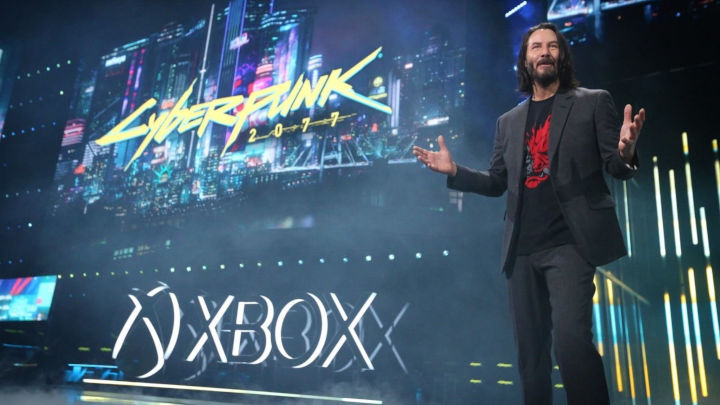 Keanu Reeves' performance caused that not only gamers were interested in Cyberpunk 2077.

ICO Partners, a consulting company, monitored media interest in particular video games industry brands during the E3 2019 fair, i.e. from June 9 to 16, this year (the results of Google Stadia and Electronic Arts were recorded from a little earlier due to conferences held just before the official start of the event). The research shows that Cyberpunk 2077 was the most popular among games, and among hardware platforms, the media most often mentioned devices belonging to the Xbox family. 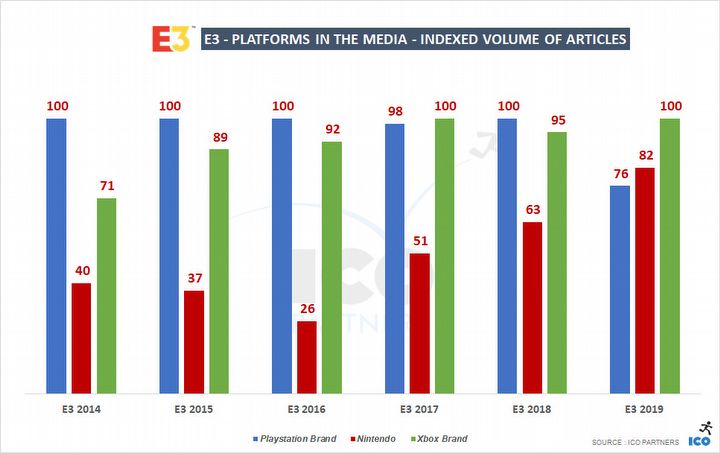 The measured number of articles on individual consoles over the years measured against the leader.

Apart from Keanu Reeves, Microsoft console's victory was largely due to the absence of Sony, Redmond giants's biggest competitor in the industry. Interestingly, despite being absent from E3, the Japanese managed to achieve an impressive 76% of Xbox's result. Nintendo also has plenty of reasons to be satisfied - since 2016 the company has been steadily increasing its presence in the media (in just three years, the group rose from 26% to 82% compared to the leader of the ranking). 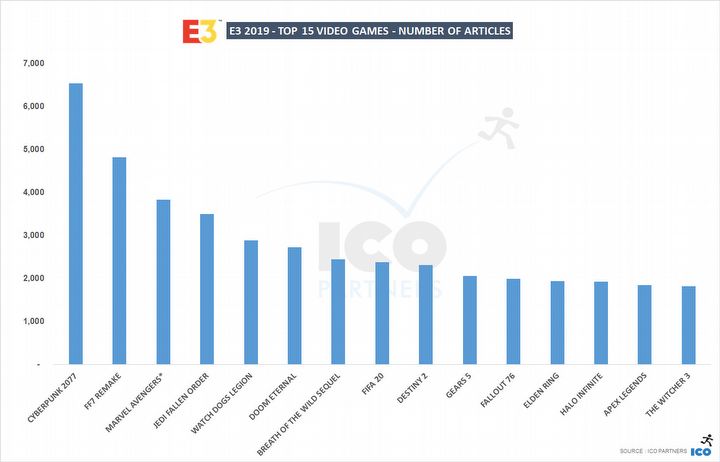 Cyberpunk 2077 turned out to be unrivalled among games, followed by Final Fantasy VII Remake and Marvel's Avengers - both productions are published by Square Enix, thanks to which the Japanese company can boast the title of the most frequently mentioned publisher in the media during this year's E3. The fifteen most popular games included only two new brands: FromSoftware's (in cooperation with writer George R.R. Martin) Elden Ring in twelfth place and Apex Legends in fourteenth place. The fact that the fifteen most frequently mentioned titles in the media during this year's fair are closed by The Witcher 3 may be intriguing. 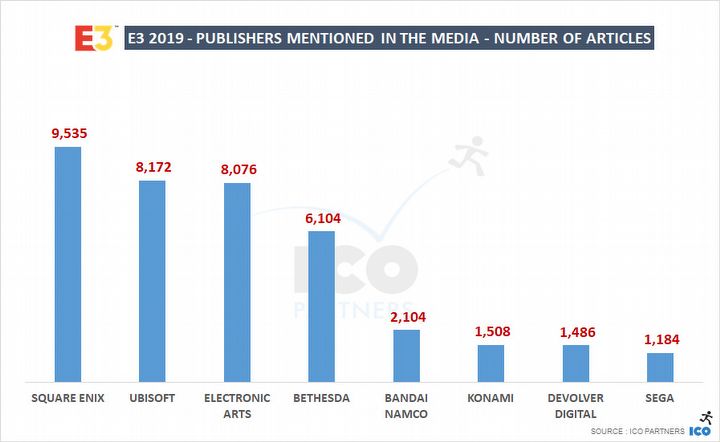 Among the most popular publishers, apart from Square Enix, we had: Ubisoft in second place and Electronic Arts in third place. Surprisingly, the high seventh place of Devolver Digital, which was ahead of Sega and Activision (the publisher of the Call of Duty series this year did not make it on the list). 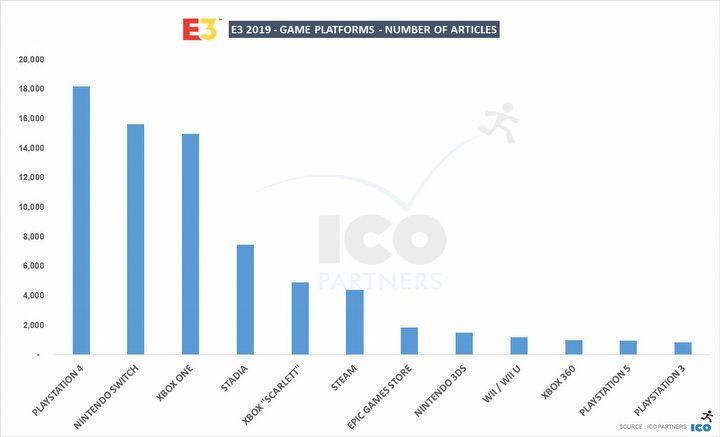 Although Xbox was the brand most frequently mentioned by the media at the trade fair, if we look at the results achieved by individual consoles, we can see that PlayStation 4 (despite Sony's absence from the E3 2019) still leaves the competition behind. Nintendo Switch took second place in the ranking of the most popular platforms, Xbox One and Xbox "Scarlett" - third and fifth, respectively, and the debuting Google Stadia ranked fourth.