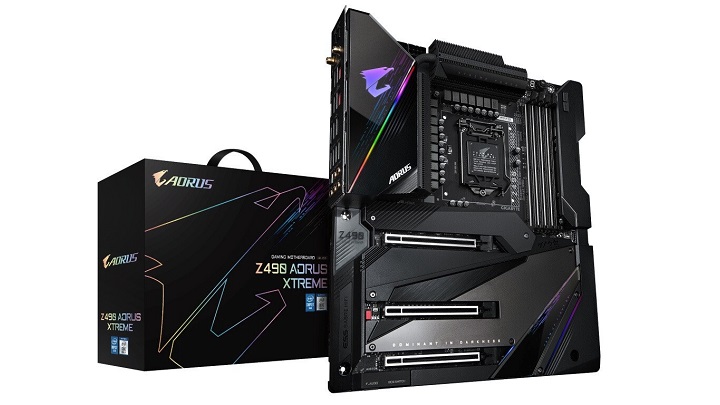 If you're following Intel's plans for upcoming Core series processors, you've probably also noticed announcements from manufacturers of motherboards based on the new Z490 chipset, saying that their new models will offer hardware support for PCIe 4.0.

The mere fact of implementing this technology is not a big surprise. For now, however, it's not worth opening the champagne, because Comet Lake-S processors won't support PCIe 4.0. Even the top Core i9-10900K won't offer us anything above PCIe 3.0. So it seems that support for the new standard has been introduced for future Intel chips.

Up until now, only scare information on this subject appeared. In this respect, Gigabyte came out a little ahead. One of the representatives of the company admitted during the live broadcast that Z490 series motherboards are actually supposed to support the next generation of processors from Intel, which probably means Rocket Lake-S chips. These chips would be launched later this year and would support PCIe 4.0.

Manufacturers such as ASUS, AsRock and MSI have already mentioned that their new products will support PCI Express 4.0. However, Gigabyte has shed a little more light on this issue by saying openly that their motherboards built on the Z490 chipset are designed on the hardware side so that they can support PCI-e 4.0 devices. This means additional PCB level connections as well as appropriate PCIe slots or time generators.

The above reports also indirectly suggest that Rocket Lake-S processors will be using the LGA1200 socket, which would be good news for those thinking about modifying their computer in the long run. Nothing has been officially confirmed so far, however, and whether Intel actually decides to build its 11-generation processors on the LGA1200 socket remains to be seen.