The second game added in the update is the recent A Plague Tale: Requiem. The game runs on consoles in 30 frames per second, but it does look phenomenal. The landscapes of quasi-medieval France, the special effects, swarms of rats, and the intricate details of the characters make this game a sight to behold.

It's really an engaging experience. Meanwhile – despite genuine attempts – I have not completed A Plague Tale: Requiem, although the game is available in Game Pass. I barely made it to the fifth chapter (out of seventeen) and I just don't feel like getting more of it. And that's not because the story is weak – even its slow beginning aroused my curiosity. The problem is that in order to know the fate of Amicia and Hugo, I have to – oh, horror – keep playing. 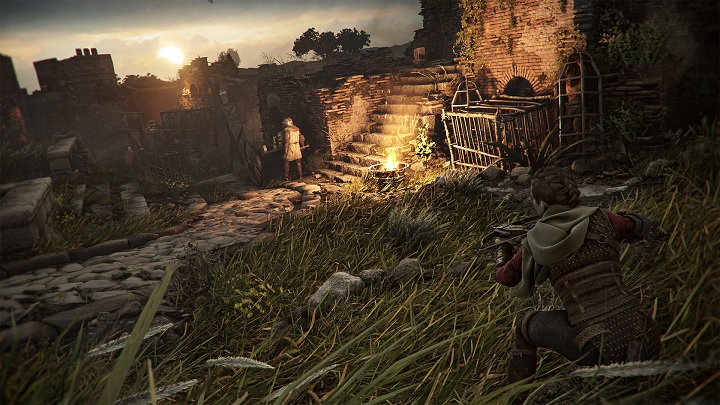 I was hoping that Asobo Studio would diversify the gameplay compared to the first game, which was quite repetitive. Unfortunately, that didn't happen. Again, we travel through linear locations, in most cases defeating enemies in one, predetermined way. I get the riddles – these can easily have a single solution. But why the hell does every fight have to be so heavily scripted? Why didn't the creators leave us at least a some room for improvisation?

I noticed that I'm not the only one having a problem with the mundane gameplay of A Plague Tale: Requiem. I saw a lot of comments on the web, the general sentiment of which is reflected in the three paragraphs above. People start the game but can't finish it. Why? Because it's boring. This is one of those cases where a moving story and beautiful visuals are not enough.

I deeply regret that Asobo didn't take a direction similar Naughty Dog's The Last of Us: Part II – where the gameplay loop was also repetitive, but it was hard to tear yourself away from the game regardless. Nevertheless, the high ratings that A Plague Tale: Requiem gets from numerous players and reviewers indicate that not everyone shares this opinion. I sincerely envy them, as I would also love to finish this game without being all grumpy about it. Maybe dosing it in small episodes will finally let me complete it?