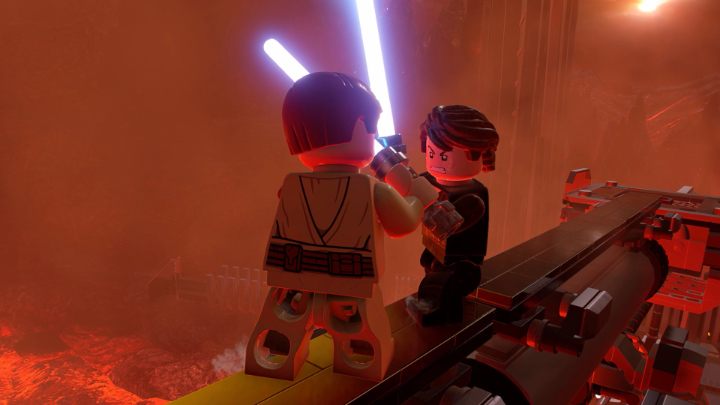 There's always something going on in the world of Star Wars. After the end of the movie trilogies, time has come for TV shows, now announced almost in bulk. But if someone misses the main stories from this universe, the LEGO game series and the latest Skywalker Saga come to the rescue. Nine chapters full of distinctive levels offer an immersive journey through the storyline of movies that are familiar to every fan – from A New Hope to Skywalker. Reborn. As you can guess, however, this is a very specific journey through the world of Star Wars made of LEGO bricks, with a sense of humor typical of this series.

Despite the opinion that TT Games studio keeps making the same game with different characters, it's hard to deny that the fun in Skywalker Saga is anything but excellent. Regardless of age, breaking down structures is a lot of fun, and the gags will make even the biggest Star Wars fans laugh and surprise . What's more, the blocky versions of the nine movies is just an introduction to the endless fun of the free endgame. Hidden secrets, puzzles and unlockable content will last you a long time. The largest and most ambitious game in the LEGO series doesn't disappoint, even if it seems derivative almost at every step.