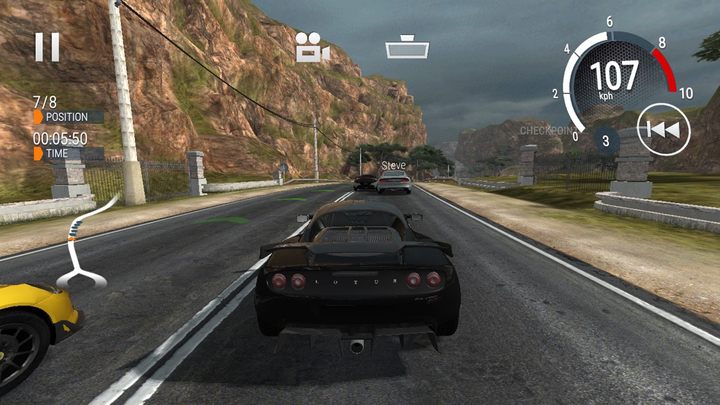 Real Racing 3 is not the freshest racing game, especially due to its outdated graphics design. However, the game compensates the aforementioned cons with a realistic driving model. Nevertheless, this is a mobile game that has its limitations, although players who prefer a simulator that puts a significant impact on a real-driving model instead of arcade gameplay should be satisfied.

The title offers a huge range of licensed routes as well as official vehicles. In addition, there is a modest tuning feature and a multitude of driving modes. The biggest attraction, however, is the level of challenge and competition with other players. What's interesting, you don't even have to race against them, because in Time Shifted Multiplayer mode players compete against their "ghost cars" in order to achieve best time possible. A car damage system has also been implemented. You have to repair your vehicle if you have crashed or devastated it during the race.