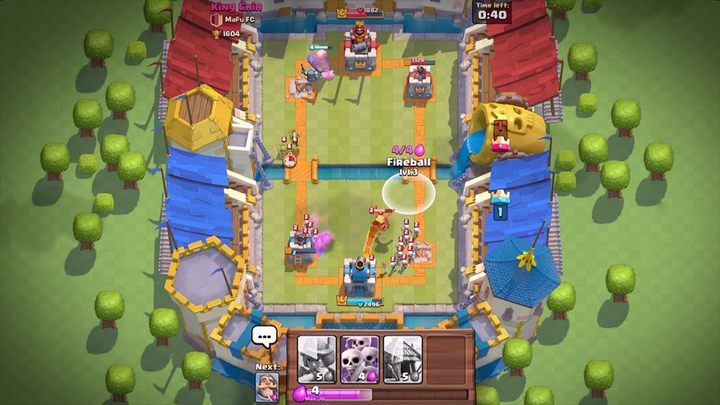 Clash Royale is an extremely popular battle game, which easily combines solutions known from card games and MOBA genre. You take part in some sort of competition in which you summon units, cast spells and demolish opponent's castle. There is nothing more than this  just a series of matches with other people.

Skirmishes are basically a MOBA game with cards as an additional game mechanic  you use the cards to cast spells or summon specific units. You send your units along a given alley to rush ahead until they meet the enemy with whom they have to fight. The whole thing is not complicated, but at higher levels it requires some skill. A big role is also played by your deck  its setting and composition plays an important role here and determines your potential on the battlefield.