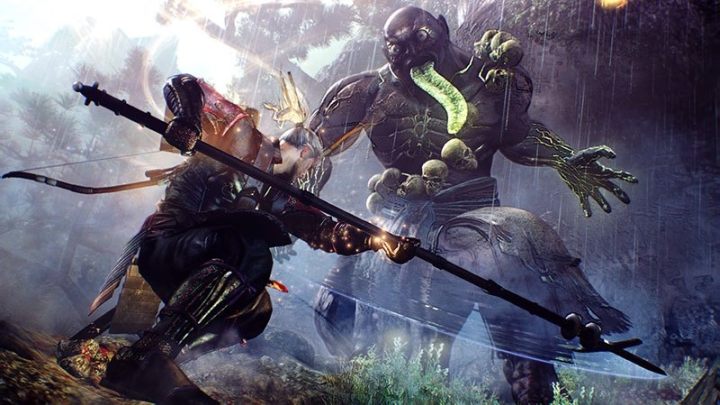 A western samurai lost in Japanese tales full of demons and magic. NiOh followed the footsteps of the Dark Souls series. However, it didn't copy the features of the latter, but added many unique novelties to the genre.

Team Ninja studio used to be famous for making difficult games. Well, at least one title that has already made history in that aspect. Of course, we're talking about the famous Ninja Gaiden, which has been developed by other studios since the third installment of the series. Furthermore, the famous and arrogant Tomonobu Itagaki, the creator of the 3D adventures of Ryu Hayabusa, after establishing his own company, has contributed to the development of Devil's Third – a total disaster released on Nintendo Wii U.

NiOh is a whole new chapter in Team Ninja's career. The game, created under the watchful eye of Fumihiko Yasuda (by the way, he is responsible for, among other things, the less-acclaimed parts of Ninja Gaiden), depicts the story of an authentic figure – a western sailor named William Adams, who came to Japan in the 17th century. As a gaijin, that is, a foreigner, he became a samurai. Four centuries later, he has become the main character of the story prepared by Japanese developer.

How can we describe the gameplay of NiOh in the best way possible? I think the most appropriate statement is that it's a mix of Ninja Gaiden and the Dark Souls series. You don't need any better encouragement to play this extremely difficult game, which offers an exhilarating challenge even for veterans of boss fights.