Yesterday was an important day for all lovers of Greek mythology and great battles. Creative Assembly officially announced Total War Saga: Troy, the second installment (after Thrones of Britannia) of the series of spin-offs of the strategy game series Total War, which, as the title suggests, will focus on the Trojan War. In the first presentation you already had the opportunity to see the trailer of the production, but it was not the only video that the British team decided to publish. On YouTube there was also a short material outlining the background of the conflict and showing a map of the game world. Therefore, we invite you to a screening, which, due to the voice of the narrator, may arouse particularly pleasant memories among the fans of Medieval II: Total War.

For those unfamiliar with mythology of southern Europe, the Trojan War, immortalized by Homer's Iliad, was a conflict between Achaia (Greeks) and the inhabitants of Troy, a powerful city on the west coast of Asia Minor (today's Turkey). According to the legend, the confrontation occurred when Paris, one of the sons of King of Troy Priam, abducted Helena, the most beautiful woman in the world and, at that time unhappily wed to the ruler of Sparta Menelaus. The cheated king, unable to stand the humiliation, called upon the local monarchs and went to war. It lasted for 10 years and ended with the famous Trojan horse trick and the miserable defeat of Priam's subjects. 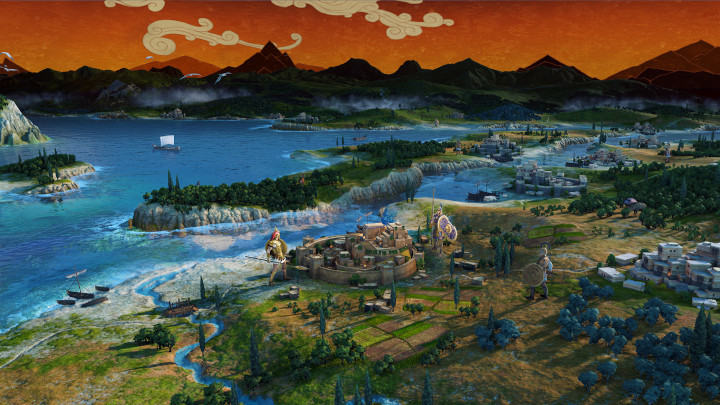 Total War Saga: Troy will not resort to excessive realism and will move more towards the vision of the legendary conflict presented by Homer in his epic. The fun will include mythical heroes such as Achilles and Ulysses, as well as gods from the Greek pantheon living in Mount Olympus. All of them will play an important role both on the strategic map and during the huge real-time battles that are the flagship of the Total War series. 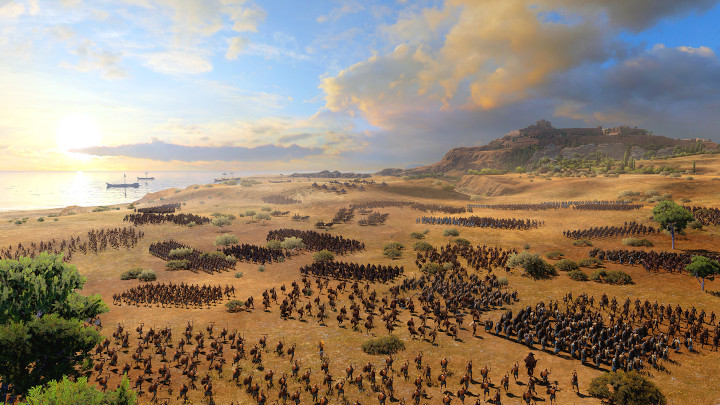 Troy, like every Total War series installment, will be divided into a turn-based part, played on a world map, and large-scale battles conducted in real time.

Total War Saga: Troy will be released only on PC in 2020. The pre-sale has not started yet, but on Steam you can add the title to your wish list.