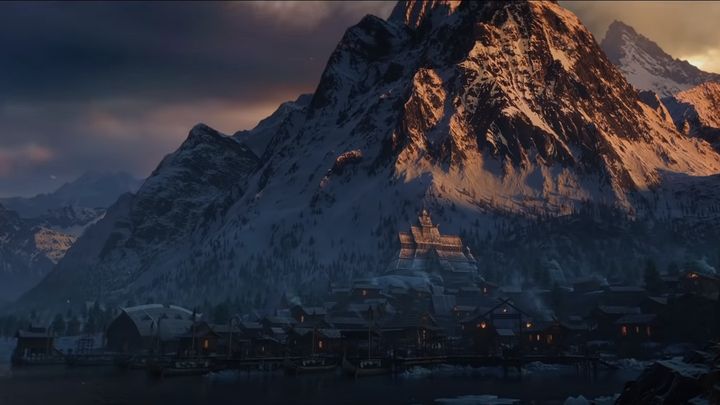 Our settlement will be more than just another location.

Ashraf Ismail - creative director of Assassin's Creed: Valhalla - gave an interview to Kotaku service yesterday. Thanks to the interview we got to know some new details about the mentioned production, concerning among others the structure of the game or new types of tasks.

A key role in AC: Valhalla will be played by the settlement that we will build on English soil and then develop. Ashraf Ismail stressed that it is to be a place full of life and unique characters that the player will be able to explore gradually. With time, the village will grow.

In terms of NPCs, the big push were making right now is the settlement. And so the settlement is a place that, when you arrive in England, youre settling your people and youre trying to grow. And we wanted to make sure that everyone in the settlement was meaningful to the player, that you have a name, you have a face, you can have relationships and be able to get to know them. And they have a life within that settlement, said AC: Valhalla's creative director.

The theme and mechanics of the settlement also influence other aspects of the game - such as the tasks we are offered. They are less focused on combat and assassinations. Sometimes we can use diplomacy to achieve our goal.

When you set out into the world, to go after whatever that is, you get embroiled into politics. You get caught up into a journey. We give options within that. So sometimes, yes, it means that you can, lets say, negotiate to resolve something," he added.

In Assassin's Creed: Valhalla we will find a completely new character progression system that will not force the player to grind. We know that there will be a skill tree in the game, but the developer didn't want to reveal any details about it - we will have to wait for more details.

So weve reflected a lot since Origins on progression and what that means for players and we have a new take on progression in this game. We have more the concept of power, power that is gained through, lets say, the player gaining skills (...) We are trying to avoid any kind of big progression wall," said Ismail.

The key issue for the developers is that the content offered by the game should be of high quality - it is supposed to be an experience not only long but also worth remembering.

You said you put in 100 hours [in AC: Odyssey]. I want you to be able to tell me that every single one of those hours was worth it. Theres a lot of studios involved, as you know. But the goal was, its about uniqueness. Its about respecting our players time and giving them mysteries and puzzles to sort of resolve. And here Im speaking a bit conceptual, but there are bigger mysteries at play. There are bigger puzzles that need to be unraveled with really intriguing truths behind them," said AC: Valhalla's creative director.