Almost a month has passed 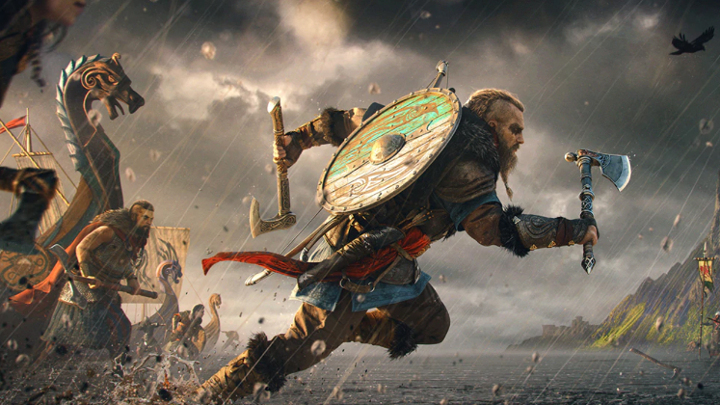 since the announcement of Assassin's Creed: Valhalla. However, the title is still the talk of many players, because it is one of the few large games we know that will also be released on next-gen consoles. Ubisoft is heating up the atmosphere of expectation, announcing significant changes in the formula of the series and promising its fans that the team did its homework after the releases of Assassin's Creed: Origins and Assassin's Creed: Odyssey. In the latest edition of the PlayStation Official Magazine UK, Darby McDevitt, who is one of the game's directors, revealed further details about the game.

While exploring England, the players will come across Roman ruins inhabited by the Saxons, who built huts and other farm and military buildings on them. The three big cities in the game are London, Winchester, and Jorvik (the former name of British York). In addition, the Saxon palaces/fortress will also be large buildings, where we will be able to use the parkour skills of the main character. While crossing the province we will encounter hidden Celtic tribes worshipping pagan deities. In one of the missions, we even learn the secret of the Stonehenge builders.

When Eivor, the main character of Assassin's Creed: Valhalla, settles in England with their clan, the players will be able to choose one of two ways of exploration and expansion. They can focus mainly on organizing raids or building alliances that will help them slowly take control of the country. Places that we can attack or establish commercial relations with can be found using the "scan" function on the world map.

The crew of our boat will consist entirely of people with unique names and personalities. What is extremely important, everything indicates that the loot box system known from the previous installments will most probably not be present in the game. The strongest armor and weapons in the game are to be obtained by buying them for the gold we have acquired or by performing missions. Each piece of equipment is also to be unique. This means the end of items with randomly generated stats. If we like a particular axe, for example, we can theoretically use it throughout the game using an extensive upgrade system. The developers also ensure that the story remains their priority, which means less grind, a more open map and no high-level opponents limiting travel. 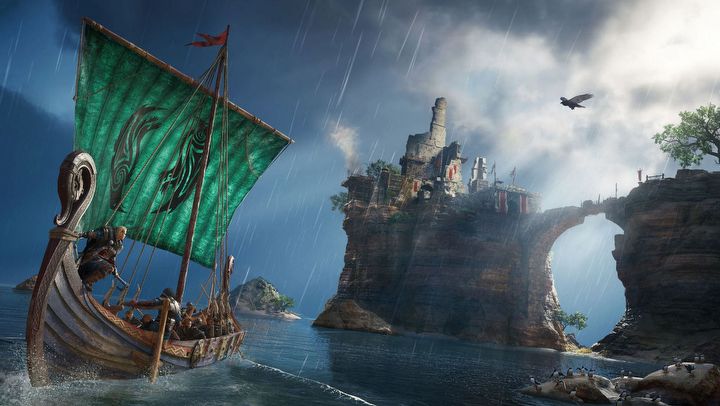 Assassin's Creed: Valhalla will be a story link between many of the previous installments of the series, which will give us a much clearer picture of how the Templar and Assassin factions were formed. New information on the universe and references to Origins and Odyssey will be encountered in many and sometimes completely unexpected places.

The game's storyline design is compared by developers to flower petals. This means that it will consist of many separate and unique adventures, which will take us up to several hours to complete. Some side quests will be very extensive and will have a classic five-act construction. During the tasks, the players are to get to know and like their heroes. After reaching the last chapter a quest, related characters will remain in the game world, and some of them will even be invited to our team or settlement. One of the key antagonists will be Alfred the Great, whom we could see in the game's debut trailer. During the campaign, we will witness his slow personal development as a monarch. 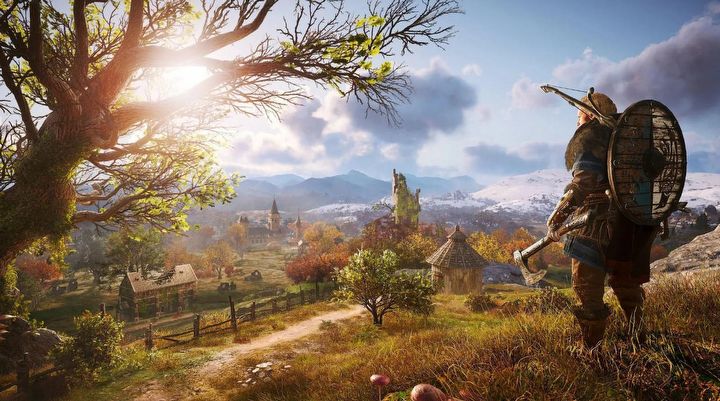 Assassin's Creed: Valhalla is coming to PCs, Xbox One, Xbox Series X, PlayStation 4, PlayStation 5 and Google Stadia streaming service. The game will be released later this year. It is worth mentioning, that the game will be part of Smart Delivery. Thanks to this, people who buy the XONE version of the game, will also receive it on XSX.