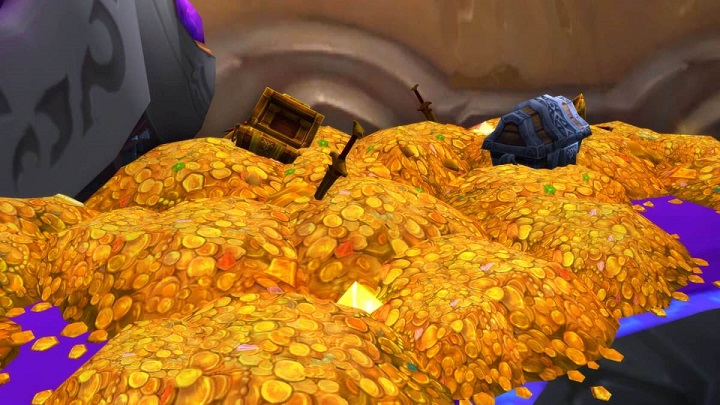 WoW Classic has undoubtedly contributed to Activision Blizzard's success in the last quarter.

You may have alread read the news of a considerable success of Take-Two Interactive, which, thanks to very good sales of such titles as Grand Theft Auto V and Red Dead Redemption 2, has ncrease its financial forecasts for the current fiscal year (from $2.93 billion to $3.03 billion). The second quarter brought as much as $859 million in revenue, which is equivalent to a 74% increase over the previous year.

It is also worth noting that digital distribution is responsible for 70% of earnings (37% of them are money from microtransactions). The CEO of Take-Two Interactive, Strauss Zelnick, is pleased with the success and claims that the company now has a very high growth potential.

Looking ahead, Take-Two has the strongest development pipeline in its history, including sequels from our biggest franchises as well as exciting new IP. We are actively investing in emerging markets, platforms and business models, and are exceedingly well positioned to capitalize on the positive trends in our industry and to generate growth and margin expansion over the long-term.

Activision Blizzard also boasts a decent performance, meeting expectations for the fiscal quarter with earnings at $1.28 billion and revenue expected at $1.1 billion. However, they are much smaller compared to the previous year ($1.66 billion). It should also be noted that the quarter was closed at the end of September, i.e. the effects of the affairs surrounding the company, as well as the launch of Call of Duty: Modern Warfare, will not be reflected in these results.

In this case, the earnings from digital productions alone amounted to as much as 1.01 billion dollars. Undoubtedly, the release of WoW Classic (which resulted in the largest quarterly increase in the number of subscriptions in the 15-year history of the game) was a significant part of this. However, almost half of these profits were generated by Candy Crush games (500 million dollars). Activision Blizzard's CEO, Bobby Kotick, is satisfied with such a turn of events:

As we introduce mobile and free-to-play games based on our franchises we believe we can increase audience size, engagement and monetization across our wholly-owned franchises."