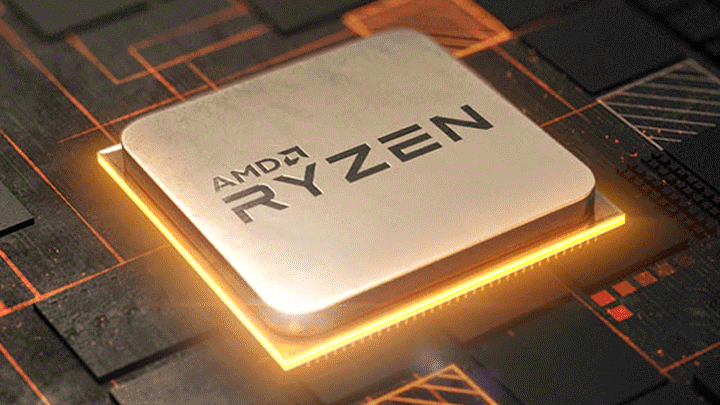 You've got a new Ryzen? Overclock away.

Not much time has passed since the official presentation of AMD Ryzen 3000 series processors, and unofficial data about their ability to be overclocked has already started to appear on the web. The first leaks came from the Chiphell forum, specifically from user One Month - the same one who first showed photos of the Zen 2 architecture.

It seems that overclocking of new Ryzens up to 5 GHz is real, but it can be quite difficult due to the need to significantly increase the voltage. Overclocking all CPU cores to 4.5GHz is possible at 1.35V, which is a very promising result. It's hard to predict what the memory timing will be like because One Month admitted that it was kept slow for the system to be as stable as possible during testing.

Of course, you should take at the above information with a grain of salt. AMD refuses to comment on this matter, but announced that on June 10, during the Next Horizon event at E3, it intends to demonstrate a lot more. Perhaps then we will see a demonstration on how we can overclock the new processors.

On the Internet there was also a screenshot of the AIDA64 Benchmark presenting the performance of the 12-core Ryzen 3900X. It shows that the processor has been overclocked to 4.6 GHz and works with DDR-4000 memory (CL18). However, the most important information that we can see is the latency, which in the Zen 2 architecture has been significantly reduced in comparison to the Zen+ architecture. 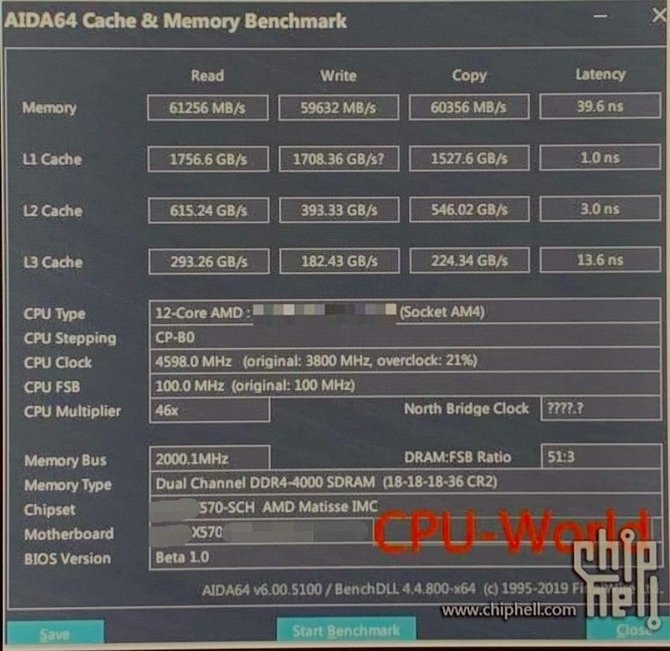 This is how Ryzen 3900X presents itself in AIDA64 Benchmark.

Another rumor that has appeared on the web is the limited version of the Ryzen 3000 processor. On the BitsAndChips Twitter we can read that AMD will release a special edition of the chip in 2020, which will offer 5 GHz boost on all cores. AMD would release it to celebrate the 20th anniversary of the launch of the first 1 GHz Athlon processor. It also makes sense from a marketing point of view, as a similar processor - Core i9-9900KS - was recently presented by Intel.

With the arrival of new processors, we've also seen the debut of a new generation of chipsets from AMD - X570. There is no doubt that the processors themselves are quite a novelty, but a very important innovation is the introduction of PCIe Gen 4 standard, so we can expect that the boards equipped with X570 chipset will be the first to be directed to a wide range of customers to support the standard. Note that PCIe Gen 4 offers twice the data transfer rate (30 GB/s) of PCIe Gen 3 (15 GB/s).

However, owners of older motherboards should not be afraid, because the new processors will also be compatible with X370 and X470 chipsets, although you should be aware that despite BIOS updates, they will not support all the new features offered by the processors. Both the X570 and Ryzen 3000 series motherboards are due to be released on July 7, and we can expect to have a lot of details about them by then.