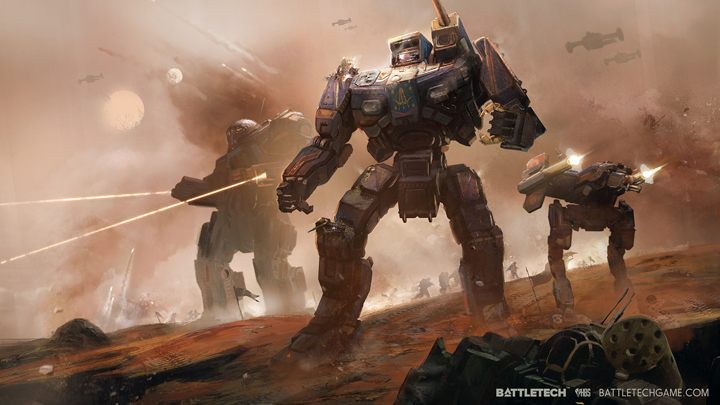 BattleTech was one of Paradox Interactive's greatest successes last year.

Paradox Interactive has released a financial statement summarizing the previous year and its last quarter. Revenue for the whole of 2018 was $118 million, 38% more than in 2017. On the other hand, the profit amounted to $49 million (34% increase).

The last quarter of last year was the best in the history of the publisher, despite the fact that during that period the company did not release any new game. In the last three months of 2018 Paradox Interactive generated $36 million in revenue, 51% more than in the corresponding period of 2017. In turn, the profit increased by 69% and amounted to $15.8 million.

The excellent performance of the company is to a large extent driven by game expansion. As already mentioned, in the last quarter of last year Paradox Interactive did not release any new games, only six expansions - Cities: Skylines - Industries, Stellaris: MegaCorp, BattleTech: Flashpoint, Surviving Mars: Space Race, Europa Universalis IV: Golden Century and Crusader Kings II: Holy Fury. Over the past year, the publisher has released sixteen expansions and DLCs.

Paradox boasts the long-standing popularity of its productions. Crusader Kings II is seven years old and Europe Universalis IV will soon celebrate its fifth birthday. Nevertheless, both games are still very popular among veterans and regularly gain new players. The long-standing popularity of these classics is best illustrated by the fact that in terms of the number of copies sold, Holy Fury ranked the best first month of all Crusader Kings II expansions.

Last year turned out to be very successful for the company. BattleTech and Surviving Mars were warmly received and the publisher debuted on Nintendo Switch thanks to the port of Cities: Skylines. It was also the year of many important purchases. Paradox Interactive took over the rights to the Prison Architect brand and acquired the Harebrained Schemes studio (BattleTech and the Shadowrun series) as well as some shares of Hardsuit Labs, the team responsible for Blacklight Retribution. The development of the company can also be seen in employment - at the end of the year the number of its employees exceeded 400 people.

The company is convinced that this year will also be a success. The publisher plans to release two new games - Age of Wonders: Planetfall and Imperator: Rome. These are not the only titles in production and more will be announced soon. Investments in consoles, which in 2018 provided 12% of Paradox Interactive's revenues, are to be continued. One effect of this is the release of Stellaris: Console Edition on PlayStation 4 and Xbox One.