Apex Legends, a representative of the battle royale genre developed by Respawn Entertainment, will go to Steam next year. Interestingly, the title will not require an Origin client to run. This information was shared on Reddit by a developer from Respawn Entertainment, in response to a suggestion from one of the users that "from a technical point of view" the game was still supposed to run via the Origin client running in the background. As he said:

"Not true. Apex will launch directly with Steam without running Origin."

It would seem that since Star Wars Jedi: Fallen Order (the game can already be pre-ordered on Valve's platform) requires an Origin client to run in the background, the same will apply to Apex Legends. As apparently this will not be the case, it can be concluded that such a requirement will only apply to some EA games. At the moment, however, we do not know what other items will be included in the "exceptions" list.

In addition to Apex Legends, next year Valve will feature a number of other games from Electronic Arts, such as FIFA 20 and Battlefield V. It's worth noting that thanks to the cross-play feature, Steam owners will be able to battle Origin users. 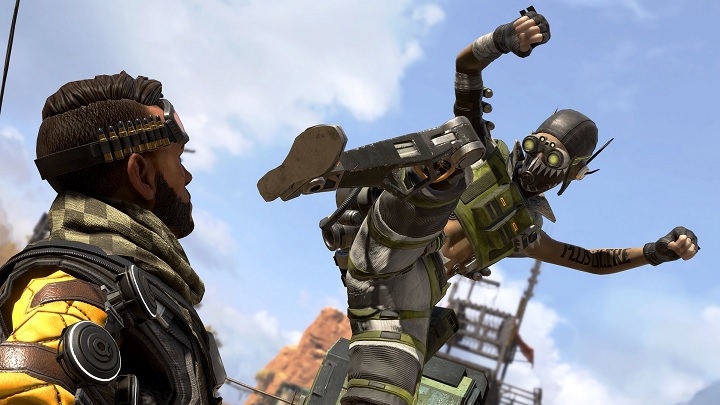 Steam owners will not need an Origin client to play Apex Legends.

We learned about EA games coming back to Steam yesterday. Electronic Arts has also announced that it has prepared the EA Access subscription for Steam users, in which for $4.99 a month they will receive access to dozens of titles. More information on this subject can be found in our yesterday's news.

NBA Live 20 Cancelled as Fifth Such Case in Last Decade