Electronic Arts and Respawn Entertainment announced that Apex Legends Preseason Invitational will take place in Krakow on September 13-15. We are talking about an e-Sports tournament in which eighty three-persons teams from around the world will compete for victory in Apex Legends, as well as a prize pool of half a million dollars.

Players willing to take part in these championships should go to this address, where they can find the official rules. Then send a message to [email protected], stating your Origin ID and related email addresses. In addition, the event will be available for live viewing in Krakow, but we will also able to watch it "in a different way"; the publisher has not yet shared any specific information on the subject.

As far as the tournament itself is concerned, the competition will begin with a double elimination system in the winning ladder. The result of all clashes of a given team is to decide whether after the next round it will remain in the winning ladder, or whether it will be transferred to the lost ladder or drop out of the competition.... and so on until the best twenty teams are left on the battlefield. 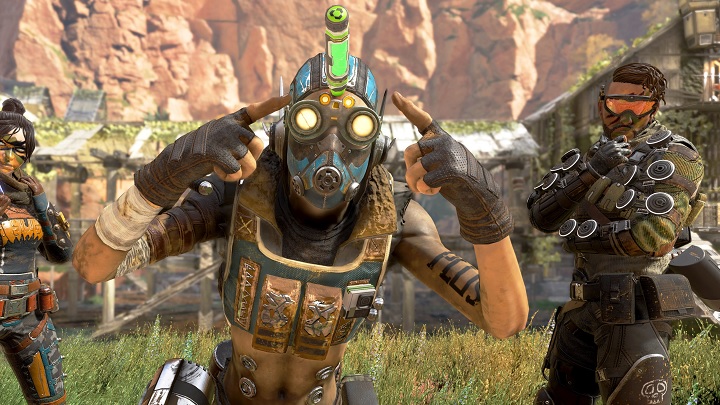 In Apex Legends Preseason Invitational, players will compete for prestige and prizes from a pool of half a million dollars.

Apex Legends debuted on February 4, 2019. Within a few hours of its launch, the title could boast a million players, and soon afterwards it broke the popularity records on Twitch. All this made Respawn Entertainment's title the best debut in the history of free-to-play games. Nevertheless, already in April, the game started to lose popularity, while in May the revenue generated by it decreased by 74%. After all, the creators do not lay down their arms - on July 2 the second season of the competition started, and as Todd Sitrin from the e-sport competition department says in EA games:

The Apex Legends Preseason Invitational is the key next step in our esports journey.

Battlefield 5 Gets a New Map - Marita