A few days ago we informed you that on the covers of two editions of FIFA 20 (Standard and Champion) we will see Eden Hazard from Real Madrid and Virgil Van Dijk from Liverpool. Today, through the PlayStation Europe Twitter, we found out that Zinedine Zidane will be the "face" of the Ultimate Edition.

The athlete from the cover is the iconic footballer with whom France won the World Championship in 1998 and the European Championship two years later. In addition, Zidane himself can boast of being the best player in the World Championship 2006 and is also the winner of the Golden Ball (1998). Four years after his career ended, he took his first steps as a coach and is now is in charge of Real Madrid. The team led by him is achieving further successes - in 2016 the team won the Champions League Cup, which Real Madrid defended in the next two seasons.

As far as FIFA 20 in Ultimate Edition is concerned, the game is priced $99.99 ( PlayStation Store, Microsoft Store and Origin). Persons who place a pre-order before August 5, will receive extras in a form: 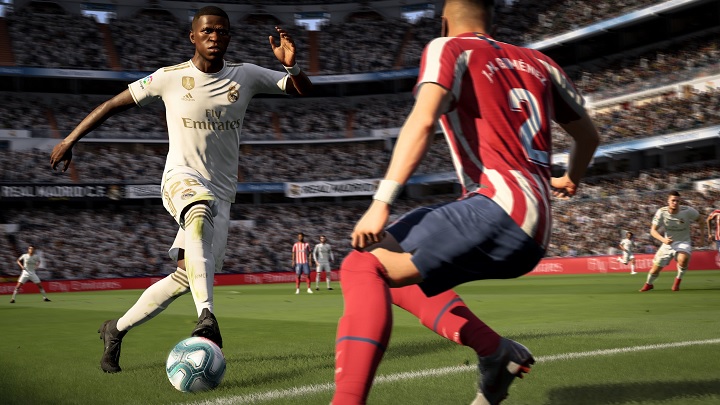 There are less than two months left before the release of FIFA 20.

FIFA 20 is coming to PC (you can find the hardware requirements here), PlayStation 4, Xbox One and Nintendo Switch. Among the novelties introduced by the devs in this part of the series, the leading role is played by numerous changes in Virtual Clubs and the possibility of giving tactical instructions to goalkeepers.