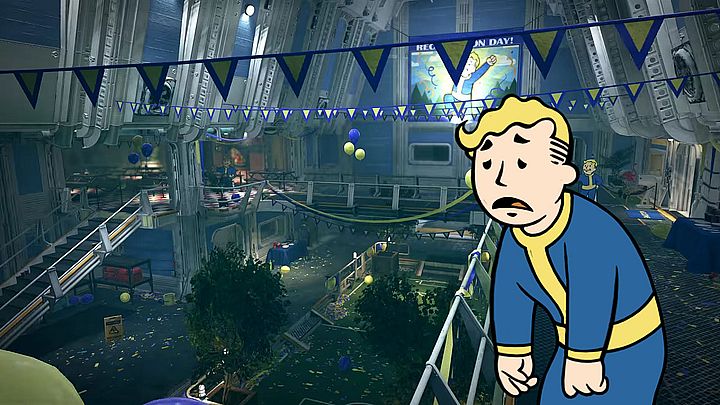 Will the problems of Fallout 76 ever end?

It's easy to kick a lying man, but that's not the point. However, it is hard to hide the fact that since its launch Fallout 76 has caused Bethesda nothing but problems. For months, there has been talk of a class action lawsuit to be taken by dissatisfied players. All because of the fact that users had a problem with returning the game, despite the obvious right to do so. Looks like somebody finally decided to put this in order. This "someone" is the Australian Competition and Consumer Commission (ACCC for short), which ordered ZeniMax (the owner of Bethesda Softworks) to refund money to the dissatisfied consumers of Fallout 76. Below you can read the official announcement on this matter.

The ACCC has accepted a court-enforceable undertaking from three related video gaming companies after they acknowledged they were likely to have misled consumers about their consumer guarantee rights in relation to the online action game Fallout 76.

The companies, ZeniMax Media Inc, ZeniMax Europe Limited and ZeniMax Australia Pty Ltd (together, ZeniMax), accepted that their actions were likely to have contravened the Australian Consumer Law (ACL).

The ACCC received complaints that ZeniMax representatives told consumers that they were not entitled to a refund after they had experienced a variety of faults with the Fallout 76 game, including, in some cases, problems with the servers, lagging, graphic and visual problems. [...]

ZeniMax will offer to provide refunds to consumers who contacted them between 24 November 2018 and 1 June 2019 to request a refund and have not already received one. Consumers who accept a refund will no longer be entitled to access and play the game.

"When a consumer buys a product, they receive automatic consumer guarantees and retailers must ensure that their reimbursement and return policy is not misleading, as provided for in the Australian Consumer Act. - said the judge.

When a consumer buys a product it comes with automatic consumer guarantees, and retailers must ensure their refunds and returns policies do not misrepresent what the Australian Consumer Law provides."

It is good to know that in Australia someone is actually thinking about consumer rights. This situation should be an example for creators and publishers to use marketing tools carefully. Although... it would be much better to just listen to the opinions of the players and create good games. Recall that the title was released on November 14, 2018 on PC, Xbox One and PlayStation 4.

Fallout 76 doesn't have an easy life. Someone might even be tempted to say, "You call this life?" The title was scary (speaking of Halloween) already in beta version. Then an utterly failed launch and justified accusations that the product is in disastrous condition. Then came the time for discounts and adding the game to every possible product ("would you like some Fallout 76 with it?" was almost not a joke for a moment). It soon became apparent that the quality of the collector's edition also cried out to heaven for vengeance. Add bugs, glitches, unsuccessful updates and other technical and marketing flops. The latest one was a paid subscription, which has already sparked a war between players.

Disco Elysium Coming to PS4 and Xbox One in 2020