A few days ago, players witnessed a historic moment - almost nineteen years after the premiere of Baldur's Gate II: Shadows of Amn, Larian Studios has announced the third installment of this cult series. We have more information for you from behind the scenes about this project. The Fextralife editorial team had the opportunity to ask questions from Swen Vincke (founder of Larian Studios) and Mike Mearls (creative director of Dungeons & Dragons in Wizards of the Coast). Although there are still a lot of uncertainties about what Baldur's Gate III will actually be like, the authors have a clear vision of their greatest work (so far). 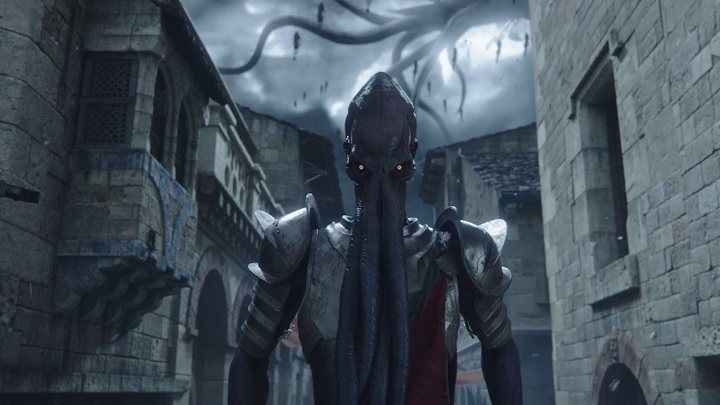 Although Baldur's Gate III will tell a new story, it will have references to the earlier games of the series.

Baldur's Gate III is described as a kind of "master of the game" who does not lead players by the hand, giving them great freedom in how their adventure will go on. How big? The artists would like us to enjoy a freedom comparable to that of the second installment of the series.

In this story, which is created with fans in mind, we will find references to the two previous Baldur's as well as to the classic Dungeons & Dragons, including the latest one - Descent into Avernus. It is worth noting that in Baldur's Gate III, there will be characters known from earlier games, although it is not yet known who exactly. It should be noted that due to the fact that the authors treat Baldur's Gate and Baldur's Gate II as "closed chapters", they will not allow us to import game progress from these productions.

The adventure itself is supposed to last for about a hundred hours (provided that we want to do everything there is to do). It is worth noting that Vincke claims that Baldur's Gate III will be longer than Divinity: Original Sin II, although the 100 hours he gave is the average time to go through the second Original Sin. It is not difficult to imagine that with a project that is still in the development, the authors do not yet know how long it will take to complete the whole game. 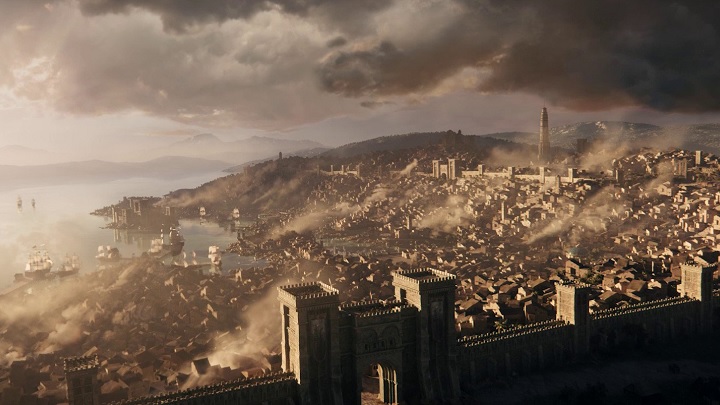 This city is full of opportunities.

Although the creators intend to pay tribute to the previous games from the series, they do not reveal details of whether the game will be played in a three-dimensional environment or whether they will decide on a different solution. However, it is known that the gameplay will be based on the rules of the fifth edition of the classic Dungeons & Dragons... but not entirely, because, as Vincke says, some of the things that can be done in a video game are not described there, so his team will also have to add something from each other. But don't worry about the developers ruining your game, because the Wizards of the Coast team is constantly watching over the project. Another thing is that both teams understand each other very well, which could be seen on the recently published video presenting in a humorous way the "acquisition" of the license for Baldur's Gate III by Swen Vincke and the company.

You must gather your party before venturing forth

There's a reason why the slogan advertising Baldur's Gate III is "gather your party". This is because the game is going to be concentrated on it, similarly to its predecessor. The third part of the series is supposed to develop this aspect of the game. Of course, the game will inlcude cooperation mode, although the details about it have not yet been revealed. However, the developers have revealed that the game will have classic class system...

...and the skillful use of the abilities of representatives of various professions will probably be the key to success in battles. Although it is not known how exactly they will look like at the moment, one can expect that we will get a lot of freedom. The combat system will probably be similar to the lat two Divinity games where the player had the ability to use environment objects during battles. 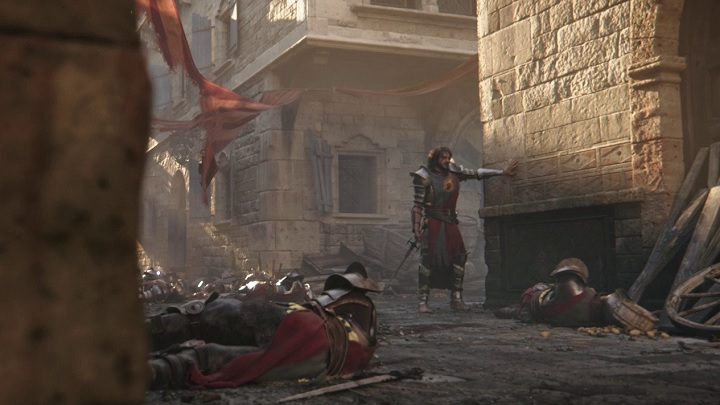 When the first news came out that Larian Studios was going to work on a new Baldur's Gate game, many fans of the series were worried that it wouldn't be too colorful. The pessimists were probalby relieved when they saw the first trailer of the project. The words of Swen Vincke show that the project reflects well the artistic direction chosen by his team.

Baldur's Gate III will be based on Larian Studios' technology, namely its fourth generation. While the first version of this engine powered Divinity: Dragon Commander, the second was created for the first Original Sin, the third was used in Divinity: Original Sin II, while the Enhanced Edition of the latter used the 3.5 edition.

There are, however, a few issues that the creators did not give a clear answer to. Although we know for sure that Baldur's Gate III will not hit Kickstarter, it is possible that it will debut in early access. In addition, it is not known whether the title will go to platforms other than PC and Stadia. As far as the release date is concerned, as we wrote earlier, the game will only be released when it is ready. The authors have decided to announce it now to learn the community's opinion.