On September 11, 2022, the Battlefield series will celebrate its twentieth birthday. The series, launched with the excellent BF 1942, had its ups and downs - the biggest was probably the installment titled 2042 (what a coincidence, right?) - nevertheless, it always stood for multiplayer mode. The single-player campaign, even as good as in Bad Company 2, was just an extra; some games in the series - such as BF 1943 or BF 2042 - did not offer it at all.

In June we learned unofficially that the next Battlefield will not lack the story-based game variant. Electronic Arts was looking for a developer to take on the design of the story campaign. They were to join the Battlefield Seattle Studio - a team founded in February this year, led by the co-creator of the Halo series, Marcus Lehto. 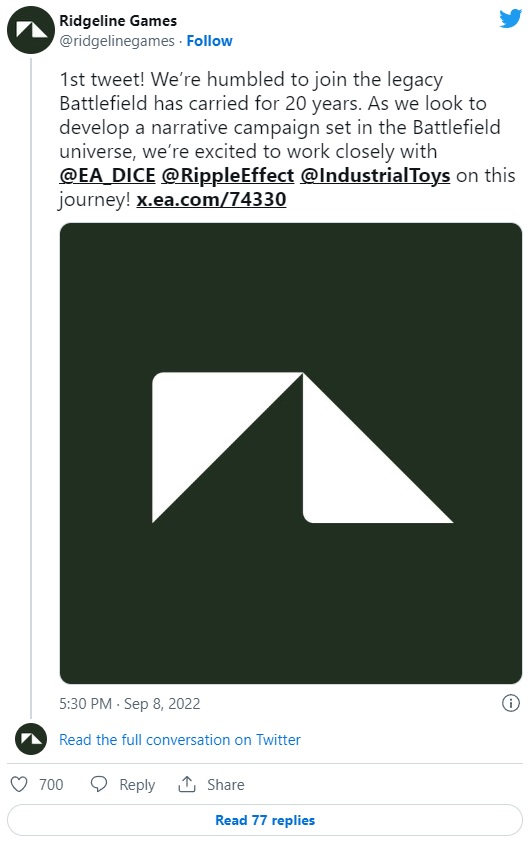 Today - as if to celebrate two decades of the brand's existence - EA announced the official name of the Seattle-based subsidiary: Ridgeline Games. At the same time it confirmed that Marcus Lehto's team will focus on creating "a narrative campaign set in the universe of Battlefield, which will engage fans in fresh, exciting ways while staying true to the series' foundational elements."

Work on the new Battlefield as a whole will be overseen by Vince Zampella - CEO of Respawn Entertainment. Work on the game has reportedly already started, and according to unofficial reports, the next BF is to return to the series' roots. Industry insider Tom Henderson suggested some time ago that the title would come out in 2024. In the meantime, a small team of developers from EA DICE is expected to develop Battlefield 2042, "guided by community feedback."

God of War Ragnarok's Accessibility No Worse Than in TLoU Remake

FSR 2.1 Will Boost Games on Older PCs Even Further

Shatterline Expedition Mode - Can it be Played Solo?