A month ago, Terra Invicta – an extensive strategy game in which we have to face an alien invasion of Earth – launched in Early Access. During the few weeks that have passed since this launch, the game has already gained some interesting mods. That's why we've prepared for you a list of the most interesting fan projects, which, in our opinion, are the best creations for starting the modding adventure with this game.

How to install mods for Terra Invicta?

There are two main methods of installing mods to this game.

The easiest one is directly through Steam Workshop. However, not all projects support it, and some of them will cause errors there.

What if a mod doesn't work?

The second way is to install mods manually. It is simple just extract the archive with the mod and copy the folder to "...Terra Invicta\Mods\Disabled." Then activate the project in the menu of the game mod manager.

The most advanced mods require the installation of a separate app in the form of Unity Mod Manager. Install this tool for Terra Invicta using the DoorstopProxy method (it will appear in the UMM installer).

Mods using the Unity Mod Manager are usually installed the same way as standard mods, i.e. by pasting their folder in "... Terra Invicta\Mods\Disabled." However, a few require that the modification be installed by UMM (such modes are labelled accordingly here), which you can do by dragging and dropping the archive with the mod to the open Unity Mod Manager window.

These are the basic methods, but not the only ones. A handful of mods have different installation methods, the details of which you can find on the mirror pages of these mods on our website.

Many of the authors of the following mods gave us permission to host mirrors. In other cases, you will find links to their official sites in the article.

As you can see, modifying the game from the technical side can be quite complicated. This is because the modding scene for Terra Invicta is still in the making and players are yet to standardize the procedure.

Let's start with something simple, but very useful. Detain and Assassinate Unknown makes Detain/Assassination missions no longer require the target to be investigated beforehand.

This is a logical change that makes the gameplay more realistic, while allowing us more freedom in carrying out actions on Earth. 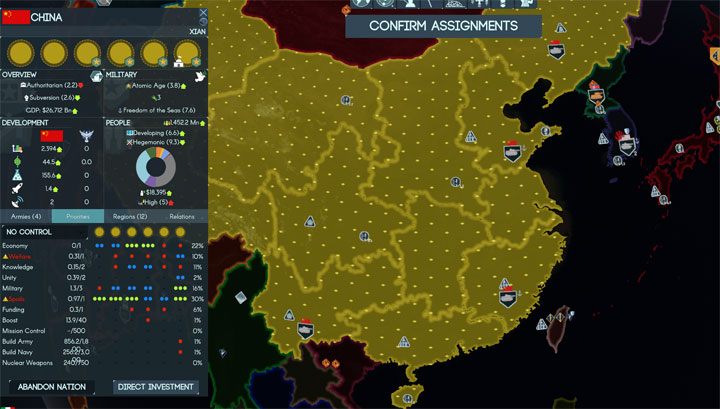 After warming up with Detain and Assassinate Unknown, it's time for something much more extensive. Economic Equalization Overhaul is currently the largest and most important mod for Terra Invicta. If we were to recommend a single project from this list, it would be this one.

The mod fixes the most serious problems with the economic layer of the game. In the vanilla version, issues such as the size of the country, the cost of control or the usefulness of a nation are somewhat controversial, insofar as they do not reflect the true potential of nations. This has strange results, for example small countries are extremely effective in space programs and the military.

Economic Equalization Overhaul solves the most serious problems related to the economy. The author thoroughly reworked this dimension of the game, carefully reworking the statistics of all countries and the relationships between them. The result is a much more realistic and varied gameplay.

If you want to play with mods on, the Enable Achievements mod should be very handy. By default, the game disables Achievements if it detects any modifications are installed. This project reverts this.

As the mod circumvents the restrictions imposed by the authors, installing it requires a separate program, Unity Mod Manager.

PrecisionInfo, on the other hand, provides more detailed information in areas such as:

It sounds modest, but data and numbers govern the gameplay in Terra Invicta, so in fact, having access to this additional information makes gameplay much easier. 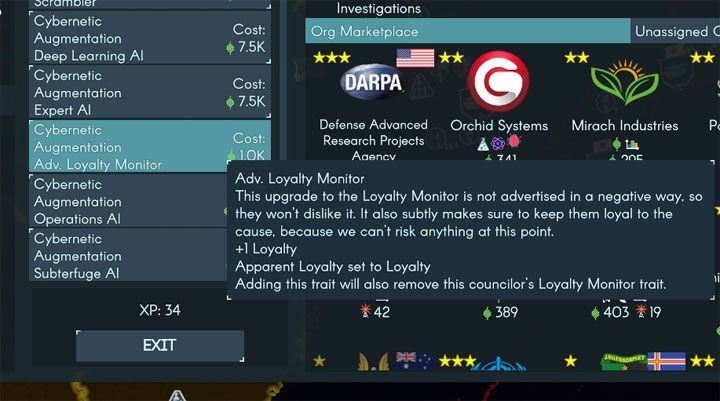 In turn, the Cybernetic Upgrades mod diversifies political and diplomatic games by adding a set of interesting cyber implants for members of the Council. We can, among others increase their intelligence or install a loyalty monitor for them.

In addition, the mod adds a set of missions for each councilman.

Newton Mod fixes one of the biggest inconsistencies of Terra Invicta, i.e. limited range of weapons in space. In space, there's no air friction, so, to quite Mass Effect 2's Drill Sergeant Nasty, "Once you fire this hunk of metal, it keeps going 'till it hits something! It might go off into deep space and hit somebody else in ten thousand years" – and that's how things work after installing this mod.

North Atlantic Treaty Organization (NATO) mod presents an interesting idea. In the vanilla version of the game, the title organization was diminished in power – it's relatively weak and breaks up easily. This mod changes that, and it also opens up the fascinating option of turning NATO into a new nation and creating a true global empire.

After the Economic Equalization Overhaul listed above, SolarInvicta is the most extensive mod to Terra Invicta.

The project unlocks regions that were previously unavailable for development, allowing us, for example, to build bases in Antarctica. Several dozen orbital stations have also been added, along with the possibility of training space marines dropped to Earth in special landers.

Each of these groups has been carefully designed, offering unique options and features. 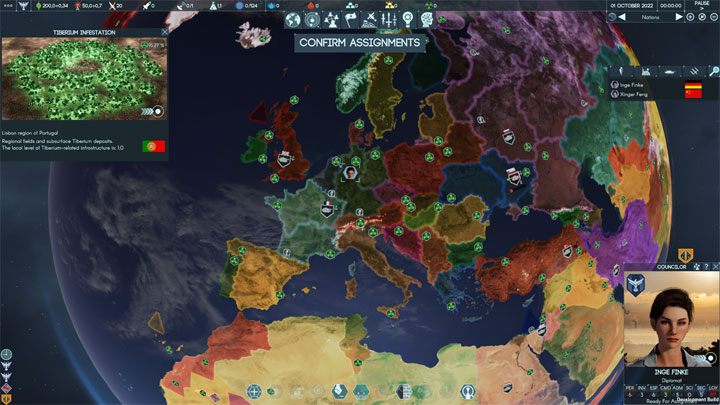 The Tiberium Invicta project promises to be fascinating. It is currently merely a prototype at a very early stage of development, but already provides a lot of fun.

The aim of the project is to recreate the realities from the Command & Conquer series, specifically the geopolitical situation from RTS Command & Conquer 3: Tiberium Wars, as it was the installment of the series, in which aliens invaded the Earth.

The project changes many aspects of the game, introduces changes to gameplay and adds many new elements.

In the case of CheatMenu, the title says it all. The mod adds an extensive menu to the game that allows you to activate a variety of cheats and commands. Not only do they make the gameplay easier (if you find it too hard), but they also allow you to experiment with different strategies and development paths, and then resist aliens more effectively in cheat-free sessions.

Long War – that's where it all started

Finally, it is worth also mentioning the mods that spurred the career of Terra Invicta's current developers. They gained recognition with a series of Long War mods to XCOM: Enemy Unknown and XCOM 2.

The goal of these mdos is to significantly expand the gameplay experience and make it more difficult and varied, so that we feel like we were really at war with aliens. This goes hand in hand with significant improvements in artificial intelligence, and the expansion of games with many new mechanics and elements.

The success of both mods allowed their authors to set up a dev team and started working on their first commercial project, Terra Invicta.

EA to Release Big Game Before April 2023, but Won't Say Which

Cosmoteer: Tips and Tricks for Beginners

EA to Release Big Game Before April 2023, but Won't Say Which