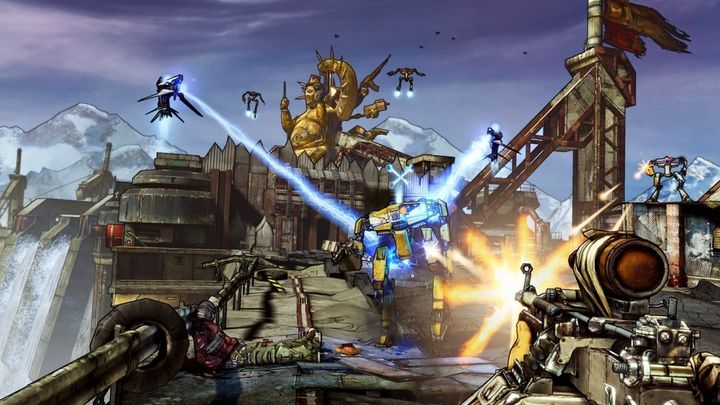 Will Borderlands 3 join Metro Exodus and become another major exclusive title on the Epic Games Store?

Rumors that Borderlands 3 will be announced on the PAX East Convention have already appeared at the beginning of this month. Gearbox Software announced that it will show new productions on its panel. Yesterday, however, the developer published a graphic that matche the style of the series, which only reinforces the belief that on March 28, this year we will actually witness the announcement of Borderlands 3. Although the production itself has not yet been officially introduced, there are already rumors that it is to become an exclusive title on the Epic Games Store.

All this is due to a tweet published some time ago by Randy Pitchford, the CEO of Gearbox Software. It is incredibly short and talks about the excitement of working with the Epic Games Store. Interestingly, this entry was published as early as December last year, but it was only now, when assumptions about Borderlands 3's announcements appeared, that it sparked a discussion. Pitchford himself commented on the matter. He did not give a clear answer, though. He stated, however, that he did not see anything wrong with granting exclusive rights to a specific platform.

So far, the exclusivity of Borderlands 3 at the Epic Games Store remains a guess. We will find out if the latest game from Gearbox will follow in the footsteps of Metro Exodus.

Ubisoft and id Software with Google on GDC 2019

Bloomberg: Sony is Not Planning to Acquire Take-Two