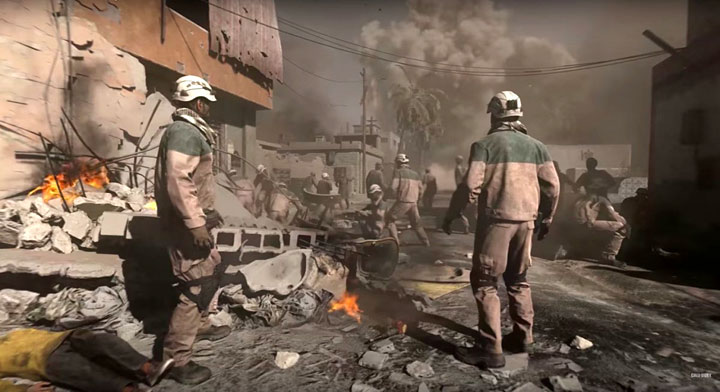 Although the mission takes place 20 years ago, the presence of White Helmets evokes clear associations with the war in Syria.

The new iteration of Call of Duty: Modern Warfare managed to make a lot of noise before the launch, mainly due to the announcements of extremely drastic and authentic scenes in the story campaign. Later, there was information about the ban on selling the game by the Russian branch of Sony - the game for this platform was withdrawn in both the digital and box version. The company officially refused to comment on numerous inquiries from Russian industry websites, but fans began to suspect that the story mode might be responsible. After the launch, it can be assumed with a great deal of certainty that two missions from the campaign, showing Russian soldiers as ordinary war criminals, were not liked by the Russian authorities, and this in the context of the contemporary political situation.

NOTE - the message contains spoilers about the story campaign of Call of Duty: Modern Warfare!

We're talking about two missions: Embedded and Hometown. In the first one we see scenes in the streets of a fictional city in the equally fictional state of Urzikstan. The local population lives there under the occupation of Russian troops and the brutal repressions against them can be seen at every turn. Soldiers carry out mass executions on civilians, beat a woman, and everywhere one can see the lying bodies of the murdered. 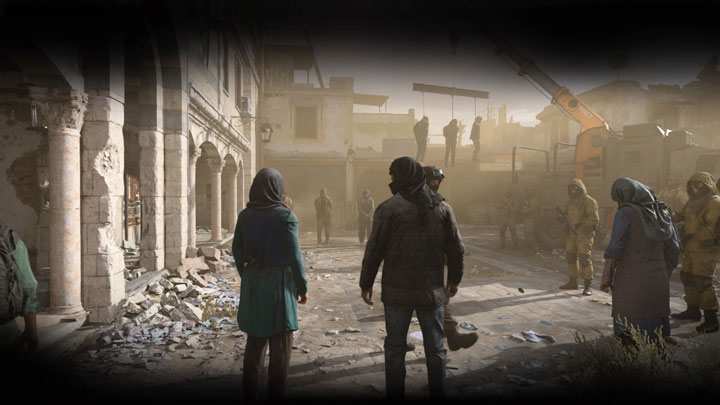 For Russian soldiers, all civilians in Urzikstan are terrorists. There's no mercy for them.

The second mission looks even striking, as we go back 20 years to the beginning of the occupation and the attack of the Russians on the fictional city of Riyzabbi. Soldiers not only shoot at escaping civilians with machine guns, but also spray poisonous gas on the streets. Furthermore, they can be seen in situations, when they try to kill young children and when they finish off people who are dying from gas with rifles. All this takes place among the rescuers in white helmets trying to provide aid, which evokes clear associations with the current situation in Syria.

White Helmets are a voluntary militia with around 3,000 members that has been operating in the rebel-controlled part of Syria since 2013. It is mainly concerned with providing assistance to victims of combat. It extracts the wounded from the rubble, evacuates people from endangered areas and provides basic medical aid. White Helmets, together with other humanitarian organisations, accuse Russia of war crimes in Syria, mainly in the city of Aleppo, which was practically razed to the ground during the fighting between the rebels and the government army supported by Russian air force.

The plot of the game suggests that the main culprit of such a brutal occupation is the figure of only one of the generals of the Russian army. However, given that the whole thing has been going on for as long as 20 years, it is hard to believe that he could be completely independent for such a long time - especially with the kind of access to information that we have now. In addition, placing rescuers in white helmets in the game is clearly a deliberate emphasis on the controversy surrounding Russian involvement in Syria. 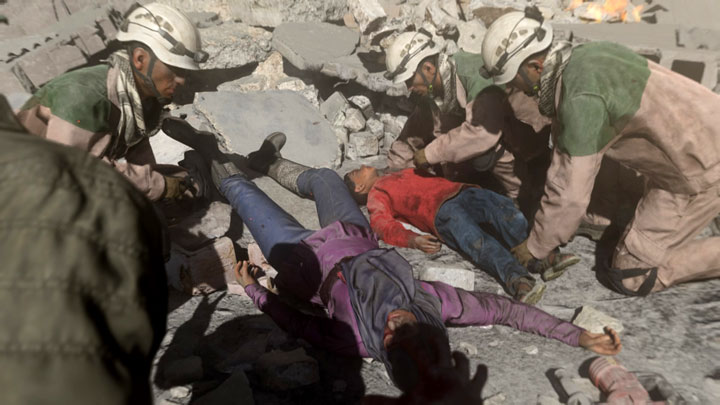 Dying children and white helmets - the creators of the game used Modern Warfare to smuggle in their position on the war in Syria.

The developers of the game seem to clearly support the activities of the White Helmets and this side of the conflict in Syria in their game. Video games have been politically involved before, but they may have never shown such drastic and unambiguous images before. Is this a good direction for this industry?