The Call of Duty series isn't famous for its highly realistic approach to war realities, but it turns out that this year's installment - CoD: Vanguard - is at least somewhat close to reality in one aspect - weapons have considerable recoil, and the bullets don't go exactly where the sights are due to the so-called "bloom mechanics". This means that this time we have to take into account the above mentioned factor. While bullet spread was present in previous games, it was never this noticeable, and certainly not when aiming down sights (shooting from the hip is something else).

The first analysis of this phenomenon in Vanguard was undertaken by channel TrueGameData on YouTube. The author of the material measured the spread for different weapons:

The youtuber examined the spread of various rifles, LMGs, submachine guns and sniper rifles. The largest discrepancies between the position of the sight and the actual bullet hitting appeared SMGs, including the popular MP 40 or "Pepesha".

On the one hand, some players are happy that weapons that shouldn't be accurate at longer distances will finally stop having a 100% hit rate; on the other hand, the fan community, not used to the large spread, doesn't feel too comfortable with this. 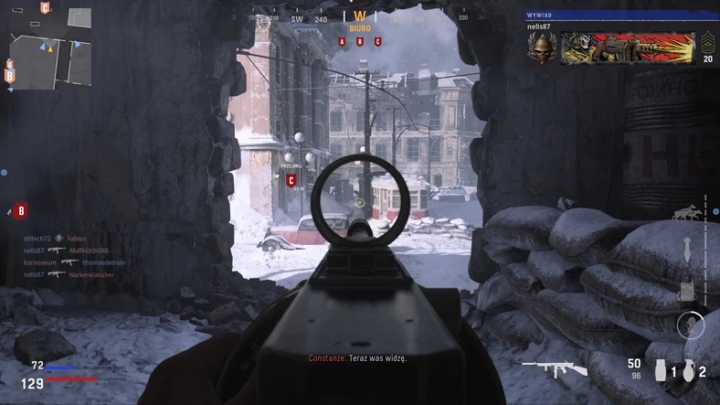 Even aiming down the sights, we are not sure exactly where we will hit.

For players who prefer more efficiency, however, we have good news. TrueGameData has shown in its analysis that uncomfortable bullet spread can be reduced by adjusting individual weapons with various add-ons that increase accuracy, which is helpful in offsetting this effect.