Three days before the release of Resident Evil 2, Capcom shared its development plans. According to one of the users of Resetera message board, in the near, unspecified future the title will be given a free DLC, titled The Ghost Survivors, which will be divided into three parts.

The add-on will introduce a new, largely enigmatic at the moment gameplay variant with replayability value (which means that players will want to come back to it). In the add-on we will play various characters  the first episode will be dedicated to Robert Kendo (then Raccoon City weapon store owner from the original 1998 Resident Evil 2) and Katherine (daughter of the mayor). While the Japanese publisher intends to make more protagonists available in the future, it is currently unknown whether we will be able to take control of the heroes of the basic version of the game, namely Leon S. Kennedy and Claire Redfield. We can surely count on some new adversaries, though.

The entire game is supposed to emit roguelike vibes, mainly due to the presence of randomly generated elements (unconfirmed reports suggest that the authors will present an alternative version of the story). Additionally, during the game we will gain points that will act as a currency in the in-game shop. It is worth noting that despite the presence of the latter, the game will not feature microtransactions. 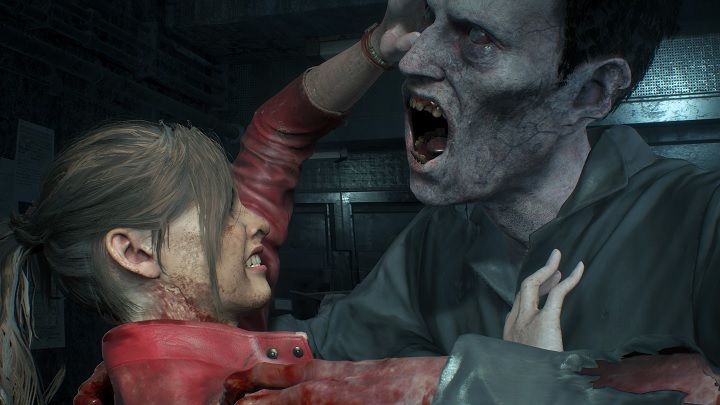 Capcom intends to give some reasons to return to Resident Evil 2 even after we have completed the main campaign.

As you can see, the fans will be able to spend quite a lot of time with Resident Evil 2; remember that completing the storyline with just one (out of two) protagonist will take around ten hours. Getting all the achievements (the list of which can be found here) will certainly keep the entertained for longer, and so will the desire to check out the aforementioned add-ons.

Let's remind that Resident Evil 2 will hit PC, PlayStation 4 and Xbox One on January 25.