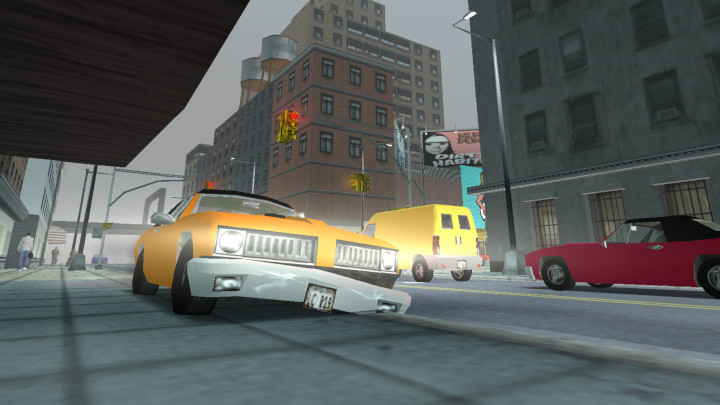 GTA 3 takes on some colors.

In the first trailers, Grand Theft Auto 3's Liberty City was a bit different from what we could see in the final version of the game. It was not all that gray and gloomy as in later installments, but more colorful (like Liberty City in the first part of GTA). A group of enthusiasts has been working on recreating this more lighthearted mood in GTA 3. The fruit of their cooperation is the mod GTA 3D.

In addition to giving the game a slightly less serious atmosphere, the mod reconstructs elements that were cut or changed by the creators in the final version of GTA 3: it restores realistically reproduced colors of police cars (switched for black and white models in the final build due to the September 11 attack), adds the possibility of healing for money, or increases realism, for example by introducing radio signal losses in some areas.

GTA 3D is still in development and it is not known when it will be finished. The project, although ambitious, is being created by enthusiasts in their spare time. The current version of the mod can be downloaded from GTAForums. The full version of Grand Theft Auto 3 is required to run the modification.