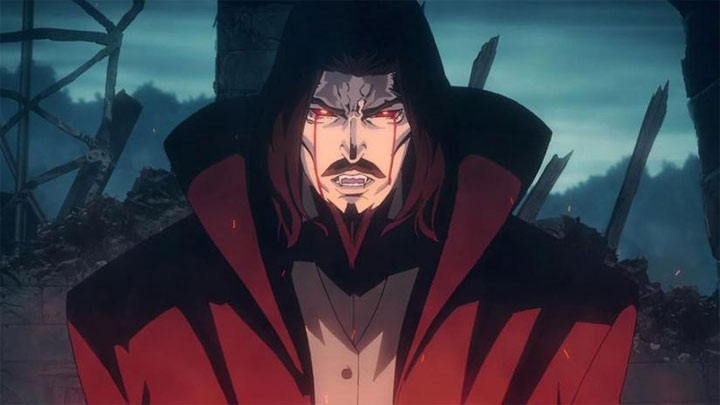 The second season was warmly welcomed.

Netflix still hasn't announced the official release date of the third season of the animated series Castlevania, but there are indications that we won't be waiting long for new episodes. Twitter account belonging to the Powerhouse Animation studio responsible for the production announced that the creators are very excited about the coming of the new year and the news was accompanied by the number 2020 consisting of vampire emotes. The team then published an entry directly referring to the 3rd season of the series.

Of course, the year has just begun, so it is possible that we still have many months to wait, but this is not necessarily the case. Some time ago, Netflix Nordic announced that the third season will be released in December 2019. This information was later removed, but it is possible that the original plans assumed a premiere on such a date and it was only slightly delayed. The fact that Powerhouse Animation has already started to turning up the heat suggests that the debut of new episodes is not far off.

Let's recall that the series is based on the plot of the early instalments of Konami's game series and tells the story of a vampire hunter named Trevor Belmont. The first season appeared on Netflix in 2017. The project was very warmly received, and the criticism focused mainly on the limited number of episode, of which there were only four. A year later, the second series, which consisted of eight episodes, debuted on the site. It turned out to be so popular that the third season was quickly ordered.

The animated adaptation is one of the few good things that has happened to Castlevania in recent years. For a long time, Konami, the owner of the franchise, was not interested in developing it, but this seems to have finally changed. This year will see the release of Castlevania: Grimoire of Souls, which, while aimed only at mobile devices, will be a classic two-dimensional platformer with RPG elements. However, fans were mainly satisfied with last year's launch of Bloodstained: Ritual of the Night, the spiritual heir of the seires, designed by Koji Igarashi, the father of Castlevania franchise