Today, CD Projekt published an extensive presentation, during which the company's brass, headed by CEO, Adam Kicinski, discussed their development strategy for the next few years. As a result, we learned a bit about further plans for two leading franchises of CDPR - we are talking, of course, about Cyberpunk and The Witcher. 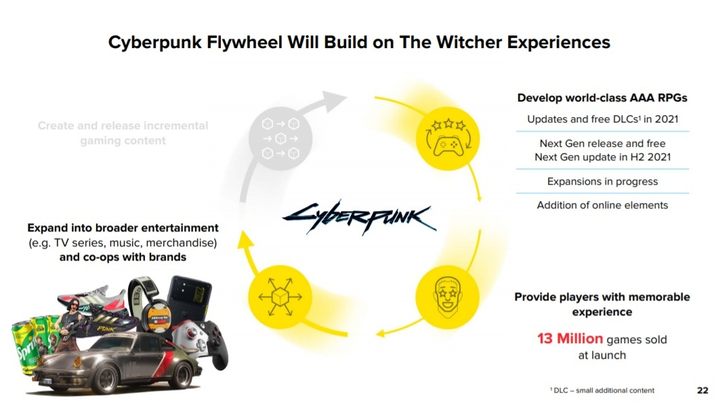 When it comes to Cyberpunk 2077, the current priority for the devs is to focus on all sorts of patches and fixes, which will minimize the number of bugs appearing in the game. In 2021, we can expect mainly free DLCs defined as small expansions and a game version for next-gen consoles. The subject of paid, more extensive, story expansions was omitted. 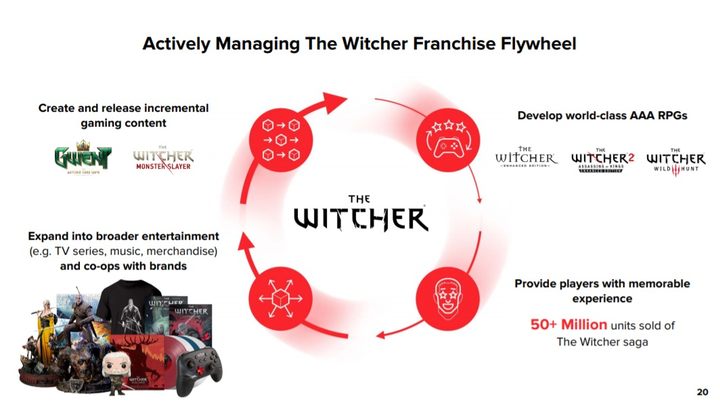 A large update for The Witcher 3 will also be available on next-gen hardware in the near future (second half of 2021), which will probably enable us to enjoy the title on PS5 and XSX/S at a higher frame rate and with the use of new technologies (such as RTX). In addition, CD Projekt Red will release a full version of the mobile game The Witcher: Monster Slayer in the coming months. Further support for Gwent has also been confirmed.

New projects and changes in the company

You are also probably wondering about new AAA projects from CD Project RED. Well, we know that the work on games representing both IPs will start simultaneously in 2022, so it will be a while before we hear something about them. Especially since the company is going to slightly change the way it structures its advertising campaigns. They are to be launched on a date much closer to the release of a particular game, and will use only actual gameplay footage, rather than concept materials.

The company also wants to show that it learns from its mistakes, so it boasted a new internal work system called RED 2.0. "Faster iteration, clearer communication and smoother flow of information," is how this transformation is described. In large part, it will allow for the aforementioned splitting of the development studio into a couple of teams working on different games in parallel.

The online aspect will be very important for the further development of CDPR's franchises and we are talking here not only about more games and multiplayer modes, but also about the further development of GOG GALAXY. Nevertheless, the plan assuming that the next AAA title will be the multiplayer version of Cyberpunk 2077 was revised, and the company will focus on building "a technology to confidently get online elements to all the company's IPs some day". Moreover, both franchises are to be developed from many other sides, which is perfectly illustrated by the table below. We can learn from it, among other things, that the company is planning to develop a mobile game set in the Cyberpunk universe. 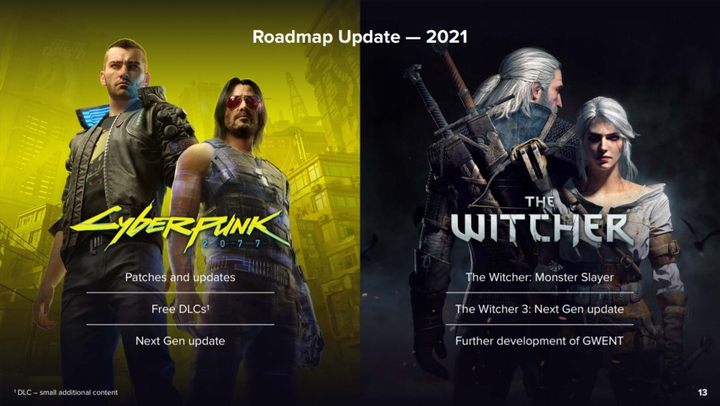 CD Projekt did not forget to present simple graphs showing the overall sales of The Witcher series. At this point it is said that over 50 million copies of all the games from the trilogy have been purchased by the players, although it is clear that the main contributor to this impressive result is Wild Hunt. 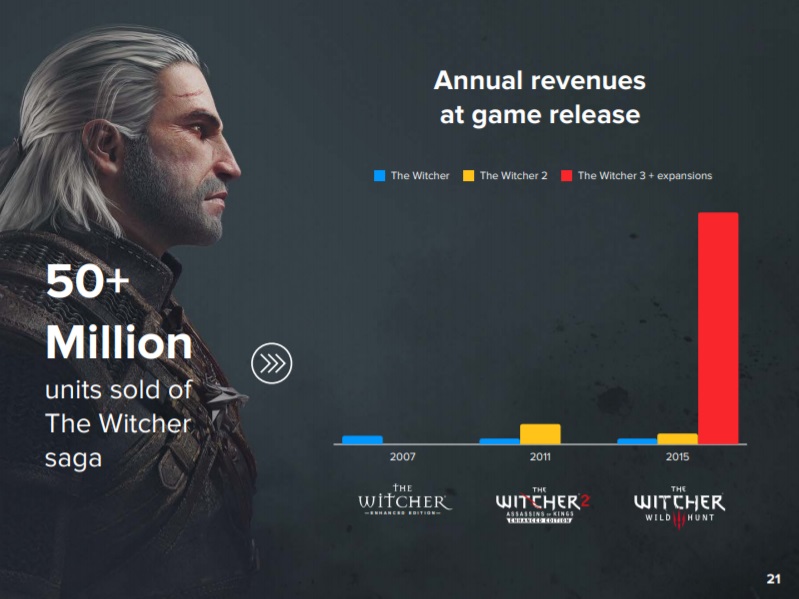 That's about it for now, we'll know more in the later part of 2021. Let's just hope that today's declarations from CDPR won't turn out to be empty and will actually translate into something tangible in the future.