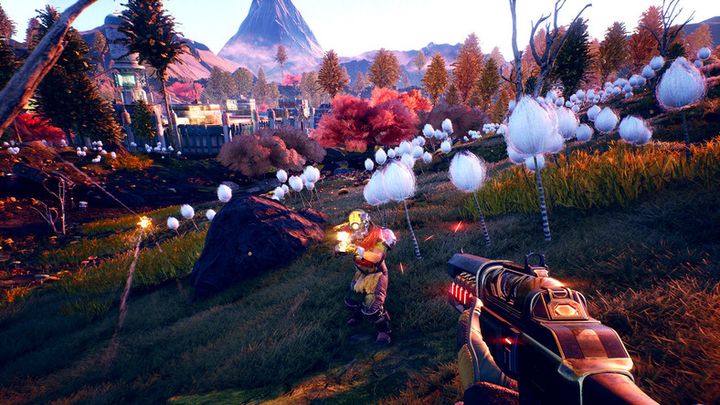 Chris Avellone comments on The Outer Worlds exclusivity for EGS.

Chris Avellone, a former employee (and co-founder) of Obsidian Entertainment and now an independent developer involved in the production of Vampire: The Masquerade - Bloodlines 2 and Dying Light 2, commented on an agreement that his former company concluded with the Epic Games Store platform. The creator is disappointed with the attitude of his colleagues - in his opinion, the exclusivity of The Outer Worlds is a mere cash grab.

The developer agreed with the idea of the user Szogyenyi, who suggested that it would be a good idea to sell the game on both platforms, but cheaper on EGS.

"Why not sell it on both platfroms? Make it cheaper on EGS, sell it on regular price on Steam. Let the customer decide what is more important: the price, or the fact he owns every game at one place. I can't understand why it cannot be a solution...," wonders Szogyenyi.

Chris Avellone left Obsidian Entertainment in 2015 and it is worth recalling that the parting did not take place in the best atmosphere. The company allegedly tried to take advantage of the developer's difficult financial situation (related to his mother's health condition) and prevent him from creating further RPGs. Earlier comments suggest, however, that he had a positive attitude towards The Outer Worlds. The developer also emphasized that he is satisfied with Paradox Interactive's approach, which has already officially announced that Vampire: The Masquerade - Bloodlines 2 will not be an exclusive Epic Games Store title.

We would like to remind you that The Outer Worlds will be released this year (according to the latest reports, the possible release date is August) on PC, PlayStation 4 and Xbox One.

The fact that the PC edition will only be available in the Epic Games digital store was announced last week and, like all the recent announcements of this kind, has not been warmly welcomed by fans.