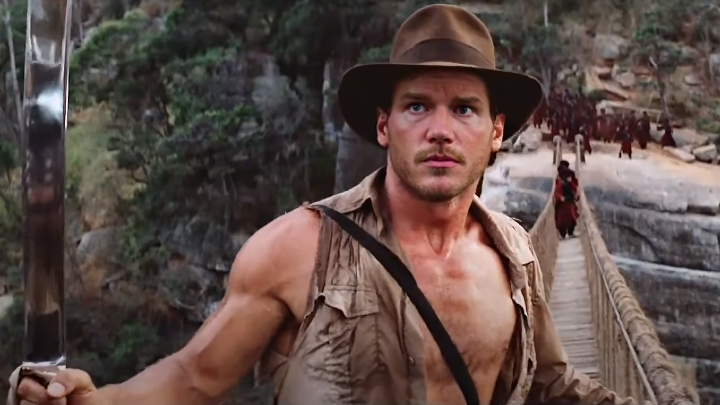 Pratt doesn't look half bad as the legendary troublemaker.

Some time ago, there were rumors on the web that Chris Pratt would replace Harrison Ford as the legendary archaeologist and adventurer Indiana Jones. This did not happen, however, and it does not look like the star of Guardians of the Galaxy will play the first fiddle in a possible reboot.

However, we can see how he could have presented himself in this role. A video appeared on Shamook's YouTube account, in which, using the DeepFake technique, Ford's face was replaced with Pratt's. The film consists of scenes from Raiders of the Lost Ark (1981), Indiana Jones and the Temple of Doom (1984) and Indiana Jones and the Last Crusade (1989). The footage looks pretty good.

Let us just remind, that DeepFake is a technique that enables us to realistically apply a face image to an existing video. Artificial intelligence plays a key role in combining the elements. At one time, it was made famous by appropriately prepared pornographic productions "starring" actresses like Gal Gadot.

For the time being, fans can look forward to the Indiana Jones 5 movie, in which we will once again see Harrison Ford. It will be a sequel to the previous parts, there are no plans for a reboot for now. Originally, the premiere of the film was set for July 9, 2021, but due to the coronavirus pandemic it will probably not be released until 2022.