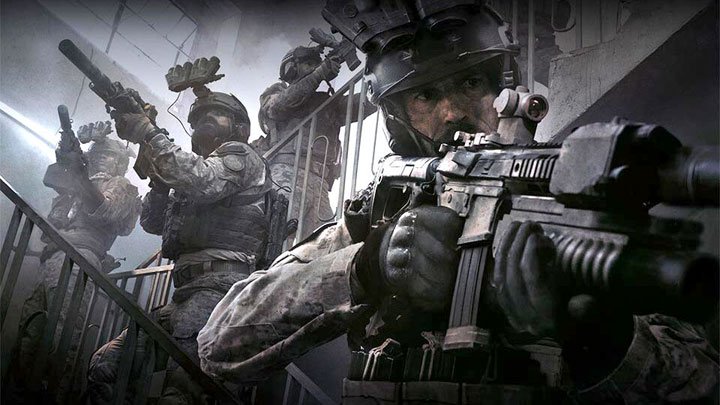 The appearance of the battle royale mode in the game seems to be just a matter of time.

A few weeks ago, fans dug through Call of Duty: Modern Warfare's game files and found information suggesting that the game will soon receive a royale battle mode. Now there are many indications that one of the players has accidentally managed to take a glimpse at the said map.

While playing on Verdanks in Spec Ops mode, a fan named Nateberg3 encountered a strange glitch. Their character was trapped high in the air, at a point from which he could see many places inaccessible in currently available variants of the game. Watching the video, we can see a huge level that matches the previous leaks concerning the battlefield, which the devs are preparing for battle royale. The material appears to show a single integrated map from Ground War Mode.

Recall that according to rumors, the battle mode royale is to appear in Call of Duty: Modern Warfare at the beginning of next year. Up to two hundred players will have fun in battle royale matches. The mode will offer the traditional free for all variant, but it will also be possible to play in teams of two or four. Raven studio is involved in the work and it is speculated that this team will be responsible for the development of the mode, which will allow Infinity Ward to focus on improving the rest of the game.

Recall that Call of Duty: Modern Warfare was released on October 25, this year on PC, Xbox One and PlayStation 4. The production was warmly welcomed. On Metacritic, the version on PlayStation 4 has an average rating of 83%. The game was also enjoyed by our editor, who gave it a 8.5/10.