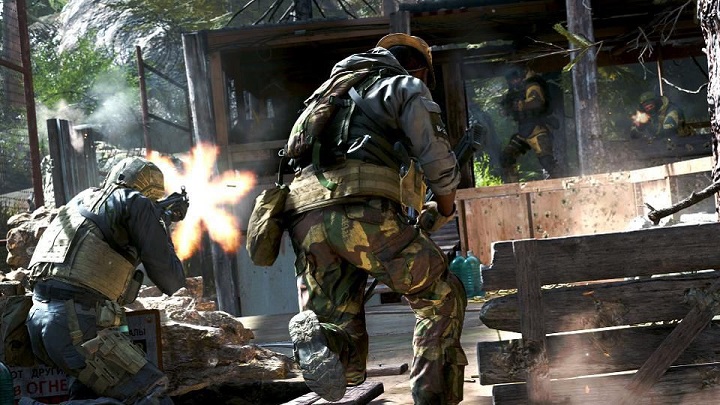 Call of Duty: Modern Warfare open beta has been launched.

Today Call of Duty: Modern Warfare open beta lauches on all available platforms (including PC), lasting until September 23. The players will have the opportunity to test Ground War 32v32 mode during the beta. It is also worth mentioning that at the same time cross-play function will be activated.

New information about Battle Royale mode, which is supposed to appear in the latest installment of Call of Duty, has also appeared in the web. The devs still haven't confirmed these reports, but the game files contain references to locations on the map and a few items available in the mode. This confirms our belief that Call of Duty: Modern Warfare will actually have its own form of Battle Royale.

According to the information provided by VG Sources, the map shows locations such as the city centre, fire station, TV station or bank where you can probably store your stolen currency. Medicines, alcohol, armor and cash will appear among the available items, and each of them will be assigned a rarity, which corresponds to a given color.

Call of Duty: Modern Warfare will launch on October 25 on PC and Xbox One and PlayStation 4.