Announced last year, Control received an approximate release date. The information was obtained by Game Informer, which visited Remedy. The new work from the developers of Max Payne and Alan Wake will debut this summer on PC, PlayStation 4 and Xbox One. The exact date was not given, but the editorial staff of Game Informer learned a lot about the upcoming title and shared their knowledge in the latest issue. In addition, YouTube features several videos about the game, including an interview with its director, Mikael Kasurinen. 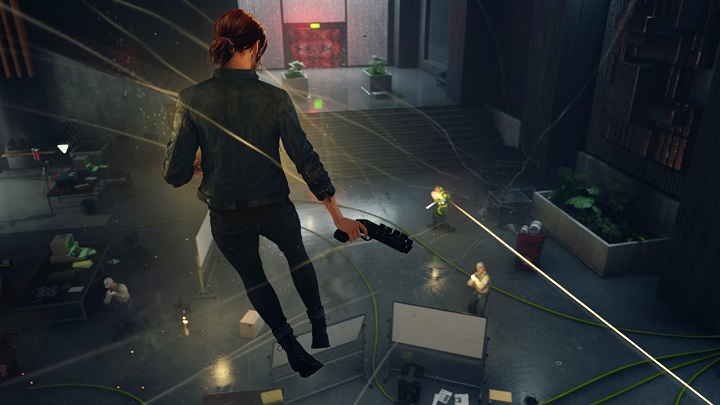 We will visit the Oldest House this summer.

We heard about Control for the first time during last year's E3 event, when the creators revealed their production. Since then, we have been able to see more footage, including gameplay, from the game and learned that the title will offer ray traycing support. We also know a lot about the plot. The heroine of the game will be Jesse Faden, who had the misfortune to go to the headquarters of the Federal Office of Control just when the building (known as the Oldest House) was attacked by supernatural powers. Jesse becomes the new director of the facility, after her predecessor had a most unfortunate encounter with the assailants. Now she has to deal with a mysterious invasion.

The authors promise a flexible combat system, diverse and constantly changing locations and dynamic combat with the use of various equipment and supernatural powers. The latter can be seen in the footage posted by Game Informer (see below).