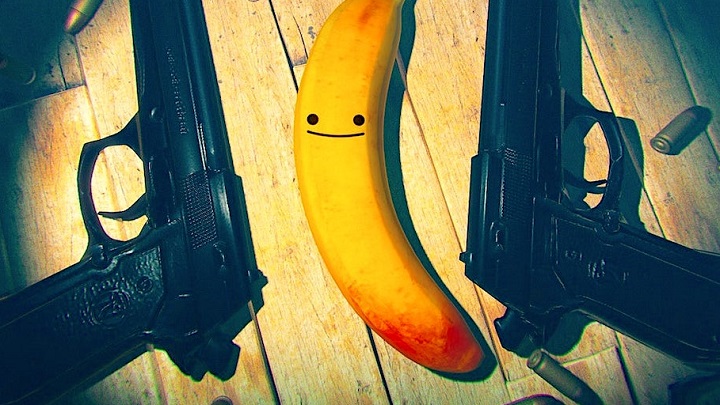 What do you think about a TV adaptation of My Friend Pedro?

In an interview with Comic Book, the creator of the film series John Wick, Derek Kolstad, revealed that he intends to start working on two unusual TV series adaptations of video games. The first production is to be based on My Friend Pedro from 2019 and the second on Bendy and the Ink Machine from 2017.

"I'm going out with a pitch for a television series based on the My Friend Pedro video game, as well as for Bendy and the Ink Machine. (...) It's funny, the reason I'm answering it this way, literally, I have these PostIt notes on my computer of, 'This is what I'm working on today.'"

However, Kolstad did not give any details on this subject and so far both ideas are not expected to come to fruition at all. It is worth noting that the screenwriter is still working on a remake of The Company Man (2012 South Korean action film) or A Map from Nowhere, among others. He added that he loves what he's doing and that at any time, he may find himself working on another amazing project. He also hopes to achieve a success similar to that of John Wick on one of them.

Let's recall that My Friend Pedro is an action platform game in which we play the role of a man who eliminates enemies, as ordered of a sensitive banana. Bendy and the Ink Machine, on the other hand, is a survival horror adventure game, in which the player, as Henry, must learn the dark secrets of an animation studio and find a way to escape. The title character of Bendy, an animated cartoon character, is in the middle of all this. Undoubtedly, TV adaptations of both productions may turn out to be an interesting experience.