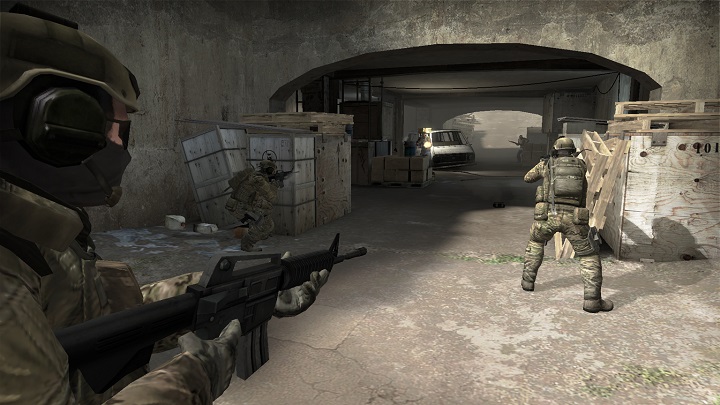 CS:GO is back in the favor of the players.

The statistics that can be found on Steam Charts clearly show that Counter-Strike: Global Offenisve has been experiencing a kind of rebirth for several months now. Since August this year, the title has been played on average by more than 400 thousand players per month. July saw an increase of around 5% relative to July and, most importantly, the result remains stable to this day. Such results were achieved only twice in history, in February 2017 and January 2019.

Everything seems to indicate that this year will be much better for CS:GO than last year. In 2018 the title had problems with achieving an average of up to 300 thousand players. It is worth noting, however, that since December 2018 the game has switched to free-to-play model, which undoubtedly contributed to the increase in its popularity.

The situation is worse for Valve's MOBA game Dota 2. For the first time since January 2014 the game recorded an average monthly number of players below 400 thousand. The reason for such a big drop in comparison to the beginning of this year should be sought primarily in getting rid of the popular modification to the game - Dota Auto Chess, which a few months ago interested many players. Valve's release of a separate production called Dota Underlords and the emergence of competing titles have led fans to abandon the Dota 2-based modification (which, by the way, has also been released as a separate game), resulting in a significant reduction in the number of active players.

The last month of this year promises to be slightly better for Dota 2. The game has just received a comprehensive update introducing new heroes, a neutral building and changes in items, as well as a general balance. It is quite possible that thanks to this, December will turn out to be a much more interesting month for the gmae than October or November.

However, the decline in popularity is not reflected in Doty 2's Twitch ratings. This year the spectators have already watched over 500 million hours of competition, which places this title on the fifth place in the year-round ranking. The largest number of viewers in one moment was about 1.05 million. It was on August 25, which was the day of the finals of The International tournament.