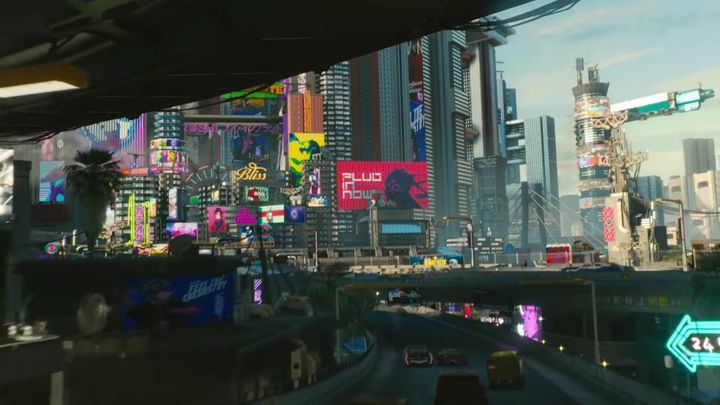 The map of Cyberpunk 2077 is built differently from the map of The Witcher 3.

During gamescom 2019 GamesRadar conducted an interview with Ryszard Borzymowski from CD Projekt RED. One of the topics of conversation was the size of the map in the team's upcoming game, the long-awaited, futuristic Cyberpunk 2077. It turns out that the world to be explored by players may be a bit smaller than the one we know from The Witcher 3: Wild Hunt. The area will have less square kilometers, but we will find much more content on it.

"If you look at pure surface [in terms of] square kilometers, then Cyberpunk 2077 might even be a little bit smaller than The Witcher 3, but its the density of the content, taking the world of The Witcher and squeezing it right in, deleting the wilderness between," said the developer.

This approach was forced by the premise of the game - the creators wanted Night City to be a really credible and vibrant metropolis. The desired effect could not be achieved by building a map similar to the one used in Wild Hunt.

"In The Witcher we were an open world with vast lanes and forests in between smaller cities and larger cities like Novigrad, but in Cyberpunk 2077 were set in Night City. Its an integral part of the setting; its essentially a protagonist if you want to call it that, so it has to be denser. It wouldn't give us the end effect we wanted to achieve if the city wouldn't be believable [...] so we packed it full of life," said Borzymowski.