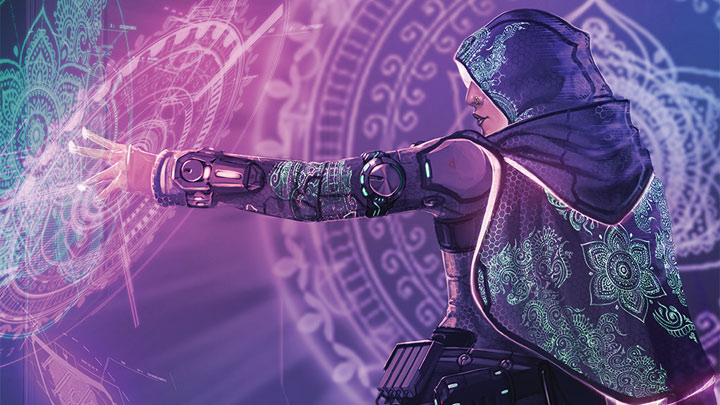 Netrunner card game was initially set in the Cyberpunk 2022 universe, but abandoned it with the release of a new version called Android: Netrunner.
CYBERPUNK 2077 IN A NUTSHELL:

One of the biggest surprises connected with The Witcher 3 became Gwent. This mini-game card was so popular that CD Projekt RED developed it as a standalone title called Gwent: The Witcher Card Game. This success made many people wonder if there would be anything like that in Cyberpunk 2077. Unfortunately, it turns out we shouldn't expect it.

Rafal Jaki from CD Projekt RED confirmed that we will not find any card games in Cyberpunk 2077. There are plans for a tabletop game of this type, titled Cyberpunk 2077 - Afterlife: The Card Game. However, it will be a stand-alone project and its virtual version will not appear in the PC and console versions of CP2077.

Rafal Jake's declaration curbs the speculations that have been circulating for over a year. Many fans were convinced that the role of Gwent in Cyberpunk 2077 will be played by Android: Netrunner. The first version of the card game, simply called Netrunner, was set in the universe of Cyberpunk 2022 and only in the subsequent editions of the project was converted to a new setting.

Android: Netrunner was released between 2012 and 2018 by Fantasy Flight Games, but last year the license was not renewed. Fans started speculating that the reason for this was that CD Projekt RED took over the rights to place a digital version of the card game in Cyberpunk 2077. Now we know that these rumors have not been cofirmed.

Cyberpunk 2077 is coming to PC, Xbox One and PlayStation 4 and will be released on April 16, next year.