Yesterday we wrote about the extensive gameplay from Diablo IV, the fourth installment of the iconic series from Blizzard Entertainment. The video, published by Game Informer, focused on the Barbarian class. Today, a similar material showing the Sorceress in action has been released online.

The video contains over ten minutes of gameplay. It was recorded in the early version of the game, which offered only female characters in this class. The full edition will also enable us to play as a Sorcerer. Diablo IV is probably a long way from being released, so many of the elements in the video may yet be subject to change. That said, even now the game looks very attractive and makes us optimistic about the full release. 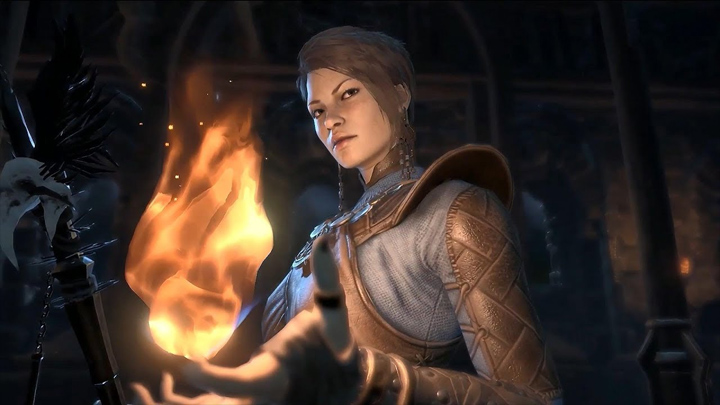 We don't know yet when the launch of Diablo IV will take place.

Final version of Diablo IV will feature five classes. For the time being, three of them have been revealed, and two remain a mystery. The editors of Game Informer have recorded videos presenting the Barbarian, Sorceress and Druid. The last of the videos will probably be released tomorrow.

Diablo IV is coming to PC, Xbox One and PlayStation 4, but the developers are not ready to reveal their planned release date yet.

We hope we won't have to wait long for the game to debut. No one wants to repeat the situation with Diablo III, in which the patience of the fans was put to the test. The project was announced in June 2008, and the game didn't appear on store shelves until four years later.