Although the gamescom 2019 fair has come to an end, the dust has yet to settle. Today, The Farm 51 released a long gameplay from their latest work, a survival horror game called Chernobylite, which they presented in Cologne. The video allows you to look at the interior of the Chernobyl power plant, see the supernatural capabilities of the title chernobylite, and see the meeting of the main character with his nemesis - Black Stalker.

Although Chernobylite will provide us with many opportunities to shoot enemies, we will often have to sneak past their backs or eliminate them quietly. This is the case during the video, presenting an infiltration of an army-controlled Chernobyl power plant - due to the enemy's numbers, Igor and his companions would hardly have a chance in an open fight.

When the above mentioned chernobylite gets into the hands of the heroes, Igor has the opportunity to test its capabilities. The aforementioned Black Stalker appears on the spot, and shoots his companion Olivier. In panic, the protagonist decides to jump into a breach in space-time continuum created with the help of chernobylite in order to pass through an atmospheric maze and, as a result, find himself in a forest. This one, however, is not safe, as it seems that Igor's recent actions have caused a powerful and dangerous "weather" anomaly. Only when he reaches his hideout can the hero breathe a sigh of relief.... and blow up the Eye of Moscow in peace and quiet.

As you can see, there is a lot going on here, and the fun will be enriched by numerous flashbacks experienced by the protagonist, thanks to which you will be able to watch the tragic events of April 26, 1986 from behind the scenes. 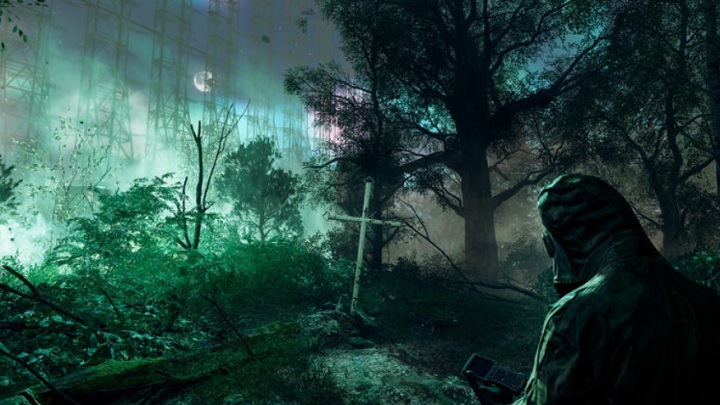 The Eye of Moscow looks quite impressive. It would be a shame if someone blew it up...

Chernobylite is coming to PC, PlayStation 4 and Xbox One, and will debut in the second half of 2020. The work of The Farm 51 has had a successful crowdfunding campaign, during which the creators managed to collect twice as much money as the minimum goal of the collection. This will allow them to add a crafting system to their work, record sounds in the Chernobyl Exclusion Zone, and enrich the game with a techno-shaman and the so-called Red Forest. The production will be available in November, when it is to appear in Steam Early Access.