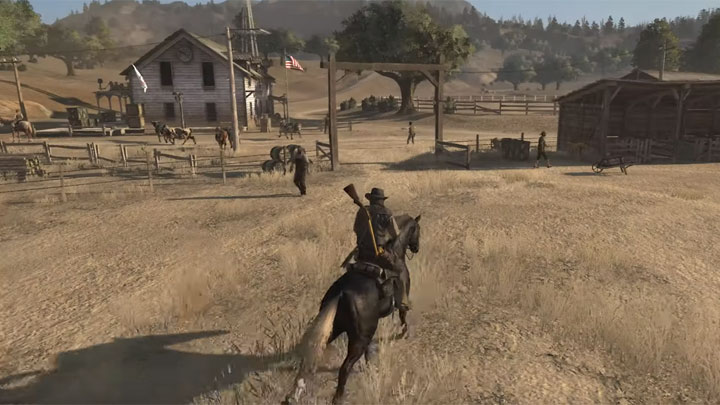 The project is unlikely to stand back up after this.

Take-Two Interactive has made a second, and this time, successful, attempt to stop the work on Red Dead Redemption: Damned Enhancement Project, an unofficial remaster of the hit from Rockstar, which was supposed to be playable on PC.

The project was announced in August, this year. The creators encountered their first problems a month later, when Take-Two threatened them with a trial, after which the work was stopped for a while. It was resumed in November, after the authors introduced some changes, which in their opinion were to guarantee the legality of the whole undertaking. It turned out, however, that the publisher had a different opinion on the subject. The firm's lawyers have filed a lawsuit in a New York court against the chief modder, Johnathan Wycoff. In response, the creator, better known as GamingDamned, changed the status of the project to "cancelled".

Red Dead Redemption: Damned Enhancement Project was to use Xbox 360 and PlayStation 3 emulators to run the game on PC. RDR content would be modified to include improved textures, interface, and 3D models. The mod was designed to require the full version of the game to run and the online mode would be unavailable. The creators hoped it would help them avoid legal problems, but as we can see, Take-Two's lawyers had a different opinion.

The lawsuit argued that the fan project would compete with the PC version of Red Dead Redemption 2. It was also argued that it could harm the future sales of the official remaster and RDR2 expansions with the map of the previous part. This last argument is all the more strange because Rockstar Games does not have a single player DLC for the second installment of Red Dead Redemption 2 in its plans.

It is not known whether Take-Two would be able to win the case, but a humble modder certainly does not have the resources to run a long court battle, so filing the lawsuit alone was enough to cancel the project.