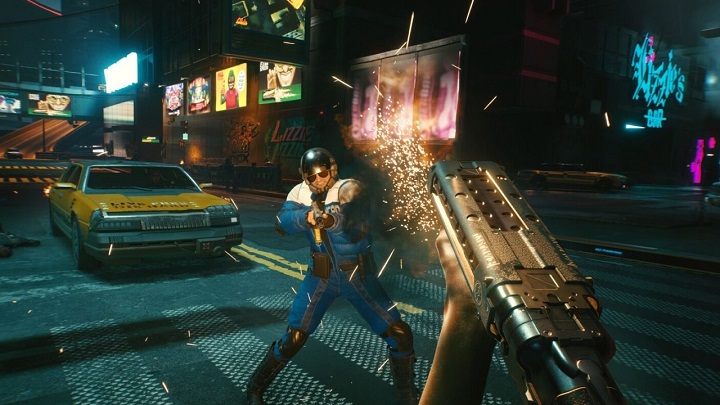 CD Project RED took it easy with the number of achievements.

In two months' time we will finally see the launch of Cyberpunk 2077. At least that's what the creators of Cyberpunk 2077 say, but after a few delays, it's hardly surprising that some people doubt the November launch. Apparently, the Polish developers decided to confirm the deadline in an unusual way. Lukasz Babiel, head of CD Projekt RED's QA department boasted of unlocking all achievements available in Cyberpunk 2077 on PlayStation 4, making him the first player in the world to add the game's platinum cup to his collection.

By the way, we found out how many trophies and achievements will be available in the game. As it turns out - not much. Cyberpunk 2077 will offer 45 such distinctions. For comparison: in the base version of The Witcher 3: Wild Hunt there are 53 trophies. Such a small number is particularly surprising in the context of the game's scope, three life paths influencing the game, etc., which - as one might think - should translate into more challenges. It should be noted, however, that none of the achievements from the basic version of the third Witcher were connected with making different choices or achieving different endings - all of them could be achieved during a single playthrough. Apparently, the creators of Cyberpunk 2077 did not want to sell themselves short, although trophy hunters may feel disappointed.

Cyberpunk 2077 will debut on November 19, on PC, PlayStation 4, Xbox One and Xbox Series X consoles. There are also plans to release the game on PlayStation 5 after its launch, as well as improved versions of the game for both ninth generation platforms.